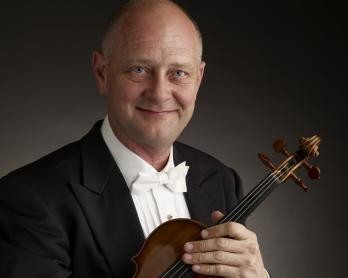 EDIT:: Following the publication of this article, we received an official statement from André Gremillet, Executive Director, The Cleveland Orchestra. “The Cleveland Orchestra was not aware of the allegations reported by The Washington Post about William Preucil in their July 26, 2018 article. We take this matter very seriously and will promptly conduct an independent investigation. Mr. Preucil has been suspended until further notice.”

William Preucil has served as the concertmaster of the Cleveland Orchestra since April of 1995. Prior to joining the Orchestra, Mr. Preucil served for seven seasons as first violinist of the Grammy-winning Cleveland Quartet, performing more than 100 concerts each year in the world’s major music capitals. Actively involved as an educator with the Cleveland Institute of Music, Mr. Preucil also regularly performs chamber music, as a guest soloist with other orchestras, and at summer music festivals.

William Preucil is also the subject of multiple allegations of misconduct, as we detailed more than a decade ago.

Hailed as a savior who would solidify Cleveland's place in the upper echelon of orchestras the world over, Preucil immediately began abusing his power and esteem by pushing for his family members to gain prominent spots on the orchestra floor. As we wrote in 2007, after his arrival, his sister, brother-in-law, and daughter all secured coveted spots.

Oh, and then there was the whole issue of making an unwanted advance toward one of his students, and when the student threatened to go public, CIM paid for the student to transfer schools and continue her musical education elsewhere.

A similar experience happened with violinist Zeneba Bowers. At 26, she asked William Preucil out for a drink after a lesson in 1998, considering the chance to speak informally with someone at Preucil's level as a precious opportunity.

After a few drinks, Preucil asked Bowers back to his hotel room for a cigar before aggressively kissing her, opening her buttons, pushing her onto the bed, she told The Washington Post this week. She says she was stunned and horrified, and fought him off and ran home.

A few minutes later, he called her and threatened to blacklist her if she told anybody, she said. “I can see you at the audition next month or you can come upstairs and let me lick you all over,” she recalled.

"We're both adults," Bowers says Preucil told her. "You know how this works."

Although Preucil did not respond to multiple Post requests for an interview, Justin Holden, the director of public relations at the Cleveland Orchestra, said in an email, “We reached Mr. Preucil and informed him of your request. He indicated that he is not available.”

Even after reports of his assault allegations and public drunkeness as early as 2007, Preucil has maintained his status as Cleveland orchestral messiah and highly sought after educator.

Our 2007 coverage of his assault allegations included Preucil's response to the allegation saying, “The issue was fully reviewed by the institution and was resolved to everyone’s satisfaction.”

These allegations were recently brought to the attention of officials from the Chamber Music Festival, who told The New Mexican they were unaware of the allegations against Preucil and that his festival performances — Sunday, Monday and Thursday — would go on as scheduled.

“This is the first I’ve heard about it,” said Arnold Tenenbaum, the chairman of the festival’s Board of Trustees. “I’m sorry to hear that there’s a story out there.” Festival spokeswoman Alexis Tappan said, “This is totally new information for us. We don’t have anything to add.”