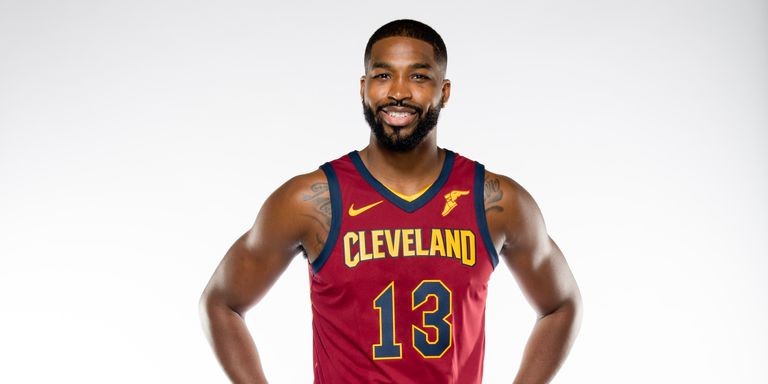 Update: In breaking gimmick parade news, we solemnly inform you this morning that the parade scheduled for this coming Saturday outside of Quicken Loans arena to celebrate that time Tristan Thompson punched Draymond Green in the face seems to be off.

The Facebook page now lists the event as cancelled, though some folks claim they're still going to show up.

(Original story 8/1/18): We may not have taken home the gold following the 2018 NBA Finals, but Cavs fans have found a way to give Cleveland a parade anyway.

Tristan Thompson has made more headlines for his personal life than he has for playing basketball, and this is yet another entry into that canon.

You might remember that Thompson got testy with Golden State Warriors forward Draymond Green during the finals.

Green is a vocal hater of Cleveland, going on record to criticize the Cavs, the city and all of us who inhabit it. It appears as though Thompson had enough of Green running his mouth and actually delivered some "talk shit, get hit" vigilante justice.

Despite averaging just 6.2 points and 5.9 rebounds in four games, Thompson is now a proverbial God in the eyes of Cavs fans after allegedly punching Draymond Green in the face after the ESPY Awards, and there's now a parade scheduled in his honor.

Draymond went up to apologize to Tristan for what happened after G4 of the finals. TT said ‘nah man’ and Draymond tried again, ‘come on, I didn’t mean it’ and then WHAP, Tristan leveled him with a punch. Draymond didn’t go down.

The Facebook event popped up last night and as of the time of publishing, over 9,000 people have marked that they are interested. The parade is scheduled for October 13 (Thompson's number) down by the Quicken Loans arena at 3:10 p.m.

Hilariously enough, the parade is scheduled the day after megachurch owner and modern day snake oil salesman Joel Osteen is delivering a sermon at The Q.

It's admittedly kind of worrisome that nearly 9,000 people are totally down with throwing a parade condoning physical violence, but knowing this event is another example of Cleveland finding a way to overcome the pain and disappointment delivered to us by our sports teams, we can't help but laugh at the ingenuity shown to ensure Cavs fans still have something to celebrate.

Also, like 13 people will actually show up, but that's neither here nor there.