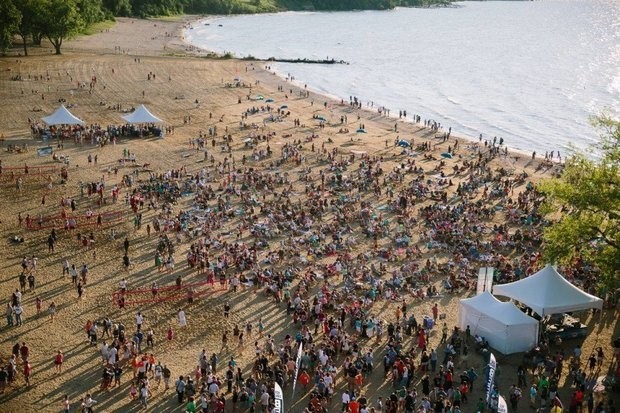 Last night's storms caused a sewage and rainwater discharge — about 130,000 gallons — at Edgewater Beach around 12:45 a.m., according to the Northeast Ohio Regional Sewer District.

It's unfortunately not an uncommon occurrence at this point — once or twice every few years — though it happens far less than it did in the 1970s. During that decade there was combined sewer outfalls about 50 times a year around Northeast Ohio beaches. Improvements to sewer infrastructure reduced the volume of CSO from some 9 billion gallons 50 years ago to about 4.5 billion gallons. NEORSD's $3 billion Project Clean Lake, an ambitious and costly plan to build underground tunnels to reduce storm water and sewage runoff, will further reduce that volume from 4.5 billion gallons to about 500 million. The project, some of which has been completed, is scheduled to be finished by 2035.

What does the advisory mean? Don't go in the water, generally, but that's especially true for children and older adults.