Whose Sidewalks? Our Sidewalks! Cleveland Tells Bird Scooter Company to Get Lost 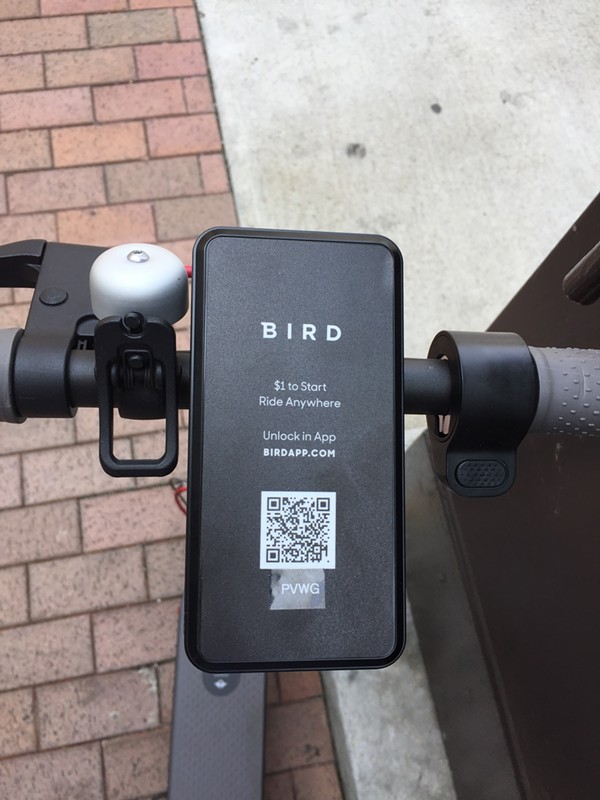 The city of Cleveland waited less than a full day to banish a fleet of electric scooters that arrived Friday morning. The city's law director sent a letter to the startup scooter company (Bird) asking that all scooters be removed from city streets immediately.

"Please be aware that Bird Rides, its agents, or customers, are not permitted to place property on the sidewalks of the City without obtaining a permit," Cleveland law director Barbara Langhenry wrote in her letter to Bird. "We believe that you would agree that the placement of unattended, commercial, electric scooters on City sidewalks raises important safety issues that need to be fully explored and properly addressed with the City. Please remove any scooters from the public rights of way, which includes streets and sidewalks, and other public property tonight."

The letter also asked that the scooters, which are charged overnight, not be reintroduced Saturday. (Throughout the day Saturday, scooters were visible on the Bird app, concentrated downtown.) Langhenry concluded her letter with the warning that unattended scooters on city sidewalks would be subject to removal and impoundment.

Councilman Kerry McCormack, who represents downtown and parts of Tremont and Ohio City — areas where most of the 100 scooters were dropped off Friday morning — said he was not in favor of the city's hasty decision.

I disagree with the city of Cleveland’s immediate reaction to the new powered scooters in town. Is there more to learn about them? Sure, but we should approach them with an open mind and be proactive about how they can work with and compliment our transportation system.


Debate over the scooters' merits has played out on social media, per usual. Those against them are worried that novice riders will operate them improperly and may pose dangers to pedestrians and cyclists. Those in favor note that even the most reckless scooter operator, at max speeds of 15 miles per hour, would do considerably less damage motor vehicles do every day.

In addition to being pretty fun to ride and presenting another alternative mode of transit in the city, the company has created a fund to help pay for the creation of new bike lanes and the maintenance of existing bike lanes in cities where they operate.  The fund would pay $1 per day for every scooter in operation.

sadly, @CityofCleveland pulled them from city streets. seems like a knee-jerk reaction and more of the old backward thinking that cars reign supreme.....despite being the biggest safety hazard on roads... @ODOT_Cleveland let's bring them back and sort out how best to use them. https://t.co/DGb6WIJ0qC