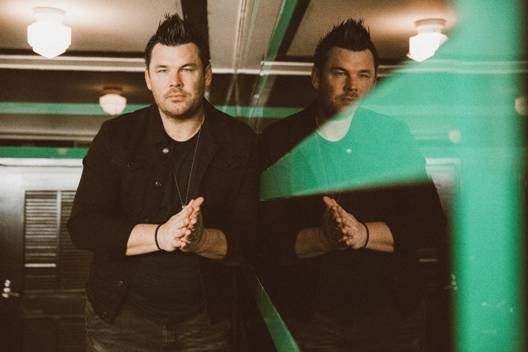 It proved to be a fortuitous meeting.

That was nine years ago. Silver’s first gig with Aldean took place in Little Rock, Arkansas; the two have been tour mates ever since. Silver will once again open for Aldean when he performs on Thursday, Aug. 23, at Blossom Music Center.

“The tour has been going great,” says Silver, calling from a softball field where he and the other musicians and crew members from the tour have engaged in a friendly game of softball. During our brief chat, he put us on hold while he went up to bat and hit a homer.

Last year, Silver was with Aldean when the mass shooting took place at the Route 91 Harvest music festival in Las Vegas.

“This is just what we do,” says Silver when asked about what it’s like to tour in the wake of the tragedy. “You can’t forget it, but you have to get past it. It’s not going to stop us from doing what we do, and it’s not going to define who we are. You can’t let evil win; that’s for sure.”

Silver has been plenty busy this year. Earlier this year, he kicked off a residency at Hyde, the hot nightclub located at the Vegas hotel Bellagio. He also regularly mans the wheels of steel at Jason Aldean’s newly opened Kitchen + Rooftop Bar in Nashville. In addition, he just finished recording “Shine,” a dance music track featuring vocals from Joey Hyde; the song will come out sometime later this year.

Silver is always working on new music and says he'd like to one day release a full-length album. And yes, he still finds a way to get his previous hits such as 2016’s “Just Got Paid,” a song he describes as an “ode to the weekend,” and 2017’s “Made to Do” into his set list.

During his DJ sets, Silver typically plays all types of music from hip-hop and rock to house and country.

“We always try to do something different,” he says. “We try to give each crowd a good memory and set up the show. We want to light it up the minute that Jason walks on stage.”

Because his dad constantly sang and played guitar around the house, Silver got a good dose of country music while growing up. But he liked other types of music too.

“I swear to god, [my dad] only knew only one chord and would only sing country,” he says. “I like gangsta rap, as funny as that sounds. I grew up listening to everything, from rock 'n' roll to country and funk and hip-hop and James Brown and Jodeci and Hank Jr."

He initially started deejaying while in college and learned how to play music the hard way.

“The first time I heard a real DJ mix record and saw how he moved the party up and down, I became addicted to it,” he says. “It was an art back then. You couldn’t just walk into a club with a flash drive. You had to hunt for the records. You were carrying around 12-inch records in crates. Now, everyone wants to be a DJ. I’m thankful I had to learn by counting the bpms on records. Anyone can buy a laptop, but I think they miss the old school methods of having to figure out tempo changes and mix things. Sometimes, a Mobb Deep drumbeat will work on top of ‘Dust in the Wind’ or something.”

Silver continues to host his own weekly radio show, The Country Club with Dee Jay Silver, which is syndicated nationally via Compass Media Networks every Friday and Saturday night.

"I always try to do something special at Blossom," he says.