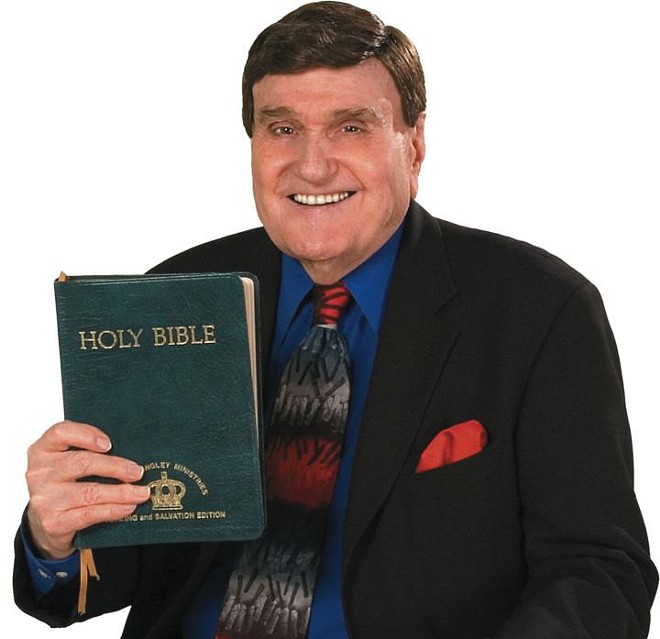 Brock Miller, a former pastor at the Grace Cathedral megachurch in Cuyahoga Falls, has accused televangelist Rev. Ernest Angley of sexually abusing and harassing him. The allegations were detailed in a criminal complaint filed Wednesday in Summit County Common Pleas Court.

Last January, Miller recounted the events of the assault and abuse to the Akron Beacon Journal, which he says took place on and off for nine years from when he was 18 until he turned 27.

Miller resigned in July 2014 after telling his family that, despite his deep love for the Cuyahoga Falls church, he simply could no longer deal with Angley’s continued abuse. Upon resignation, Miller moved to South Carolina to try and start anew, but he said Angley's actions have followed him no matter where he goes.

“It doesn’t matter where I go,” he said in the interview with the Beacon Journal. “I’m never going to be able to escape this. It’s time to face it and to expose this man for the evil man that he is.

The lawsuit also claims that Angley forced Miller to undergo a vasectomy six months before his marriage in 2004 at age 19, and was subjected to inspection of his genitals and repeated questioning about the sexual details of his marriage.

In 2014, The Washington Post reported that the church denied the accusations of 21 former followers that Angley ignored sexual abuse at the church and pressured congregants to get abortions and vasectomies.

Miller's lawsuit seeks unspecified compensatory and punitive damages, and lists Twinsburg lawyer Robert Pecchio as Miller’s attorney. The lawsuit says the plaintiff “suffered severe and permanent injuries, great pain of body and mind, mental anguish, and required psychological and medical treatment” as a result of Angley’s conduct and also was subjected to an unsafe work environment.

Angley, now aged 97, did not respond to requests for comment from the Beacon Journal or from WOIO-TV. He has declined through a church receptionist to be further interviewed since denying the claims in 2014.