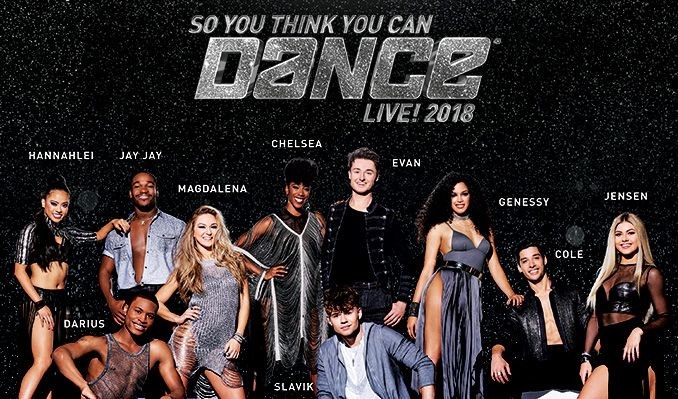 So You Think You Can Dance is finishing up its 15th season this summer, with just two episodes left to decide America's Favorite Dancer from the Final 4 contestants.

But no matter who wins the title, all of the series' Top 10 performers are headed out on tour this fall with So You Think You Can Dance Live!, including a stop in Cleveland's Playhouse Square on Oct. 24.

Joining this season's dancers, it was just revealed today, are season 8 winner Lauren Froderman and Cyrus “Glitch” Spencer, who was the runner-up in season 9. Directed by Raj Kapoor, and overseen by choreographer Mandy Moore, the live show is set to include the best routines from the season as well as brand-new pieces.

Find more information and buy tickets for the show here. Tickets start at $25.

It's unclear if the niche program will return next summer to bring the world more incredible dance routines, Cat Deely and "hot tamale train" outbursts, as it has yet to be renewed.

While you're waiting for the dance crew to come this way, take a look at some of the best numbers of the season so far:
Then catch up on all of the season's performances right here.

Arts District So You Think You Can Dance Season 15 dancing