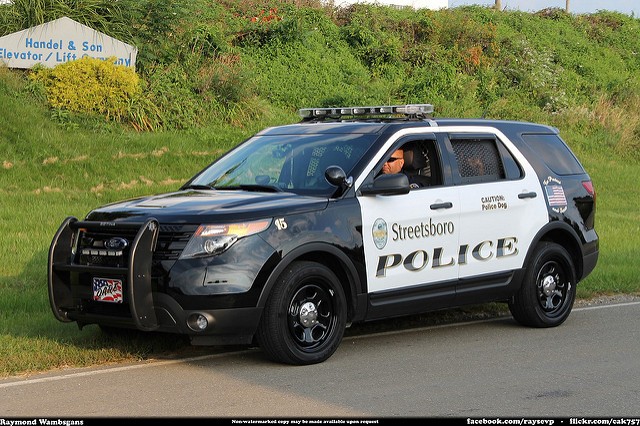 In addition to authorizing $14 million in grant funds for schools, House Bill 318 requires new school resource officers (SROs) - law enforcement officers who serve full-time in school buildings - to participate in at least 40 hours of training through an Ohio peace officer training commission-approved organization. They must also undergo juvenile psychology training to better respond to adolescent mental health and drug use, and "to not only be law enforcement, but also to be on the cutting edge of issues students might have and ward them off before they become major problems," said Ohio state Rep. John Patterson, D-Jefferson, who co-sponsored the bill.

The bill does not mandate that schools hire an SRO; rather, it defines duties and qualifications for new SROs. Some of the SRO expectations listed in the bill include being a "positive role model for youth," helping to maintain a "drug-free environment" among students, and assisting with an "emergency management plan."

While the bill is the first Ohio law to define what it means to be a school resource officer, not all SROs do their jobs the same way.

Officer Jason Fogleman serves as the SRO for Streetsboro City Schools in Portage County. Like many SROs, he is a uniformed police officer equipped with a gun, trained to respond to threats in the district, but he said that is only part of his job description.

"A lot of people think an SRO is just there for security. That's a very minor part of the job that we do. It's almost secondary," Fogleman said. "School resource officers provide that link between the child's education, their family life and the real world they're going to be entering."

Fogleman said that while the law could help smaller schools afford qualified SROs, he worries about government interference in a job that is so broadly defined.

"My job and my role is so broad with our school district and I have such leeway to do so many different things that I'm afraid if we start mandating certain things," he said, "is that going to take away some of the stuff that I can do?"

The bill's co-sponsor, Rep. Sarah LaTourette, R-Chesterland, said the law requires schools to adopt a 'memorandum of understanding' with their SRO, allowing school districts to monitor them and their security officers the best way it works for them.

"It's not the state coming in and saying you have to do A, B, C and D," she said. "It's saying that you have to have this contract with the school district you're going to be in defining what your role is going to be."

Gov. John Kasich signed H.B. 318 on Aug. 3, and it will take effect Nov. 2. Only eight other states have similar legislation.

The bill was partially inspired by the shooting at Chardon High School in Geauga County that killed three students and injured three more in February 2012. At the time, the school district did not have an SRO, but Frank Hall, an assistant football coach at the time, chased the shooter out of the building. His actions led to the creation of the Coach Hall Foundation.

Tim Armelli, a teacher at Chardon High School and the foundation's president, said he approached Patterson, who represents Geauga County in the statehouse, about sponsoring legislation that would not only help fund SRO training, but first, define what the SRO's responsibilities are. "Every school has the capability of getting an SRO in their building right away," he said. "That would be a real quick way of helping, at least getting towards...keeping our kids protected."

Patterson then asked LaTourette, his Republican counterpart in Geauga County, to co-sponsor the bill.

"We were very dedicated the entire time to making sure that regardless of what we added to the bill, that we kept a bill that both chambers, both parties, could be extremely proud of at the end of the day," LaTourette said.

Before the law takes effect in November, the Ohio Attorney General's office is developing the application process for schools interested in receiving some of the grant money.

"The money is very flexible, as long as it's used for something that will protect kids," Armelli said.

He hopes other states will pass similar legislation. "Our next step now is ... let's show them what Ohio has done as a blueprint and get [other states] on board, too," he said.

Armelli is especially excited to join Chardon's students at the start of the new school year now that H.B. 318 passed. "I'm walking around with a little better step than I have in the last couple years, knowing that the bill passed," he said. "I can look at these kids with a little different light. We're doing things that are helping these kids."