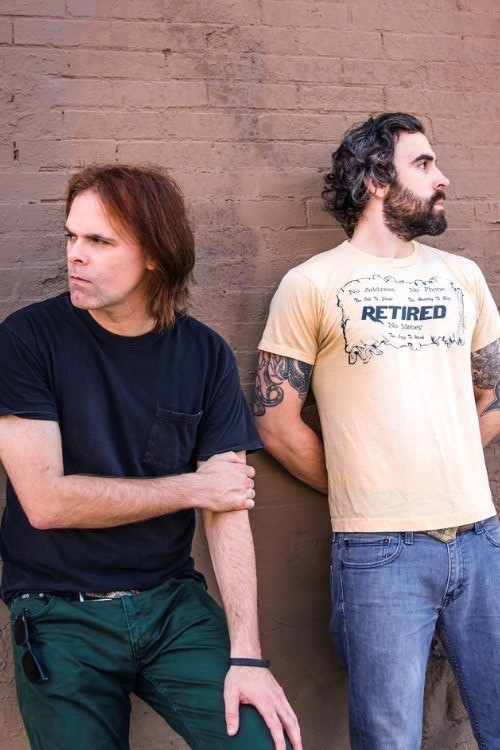 Just over 20 years ago, the alternative rock duo Local H released As Good as Dead, and it would yield “Bound for the Floor,” the band’s biggest hit.

In the wake of that breakthrough album, singer-guitarist Scott Lucas and drummer Joe Daniels toured for a good year and a half in support of the album. When the tour was done, Lucas spent another six months on the road with the hard rock act Triple Fast Action.

When it came time to write the songs for the follow-up record, Pack Up the Cats, he decided to make a concept album.

“I wanted the songs to flow into each other and fit together,” he says in a recent phone interview. Local H performs at 8:30 p.m. on Tuesday, Sept. 11, at the Grog Shop. “I was thinking all of those things. I wanted them to be in compatible keys, so that everything would run together like this huge piece.”

He had the full support of the record label too.

“Nobody at the label looked at my idea of doing a concept album as stupid. Nobody wanted us to write another ‘Bound for the Floor,’” he says. “It was complete support. We had all the resources we could ask for and a great producer. There was no pressure. I just wanted to make a great record.”

While driving one day, Queen’s “Killer Queen” came on the radio, and Lucas had a brainstorm. He reached out to Roy Thomas Baker, who produced the track, and asked him to produce Pack Up the Cats.

“It’s on the side of a mountain, so it was like going into work everyday at the Bat Cave,” says Lucas. “He’s made a lot of money and sold a lot of records. That doesn’t buy taste. You go into his place and it’s all zebra skin and neon. There’s something faintly Egyptian about everything. He has a fiberglass piano that [Queen singer] Freddie Mercury spilled wine on. It still has the wine stains. You go into the studio, and he has this crazy old 40-track analog board. He’s a nut. He’s super flamboyant and fun to be around. When he would mix a record, he would really hit the faders and put everything into the red. It was a learning experience to watch him work.”

The album opens with the crunchy, Nirvana-like “All-Right (Oh Yeah).” Other highlights include the acoustic ballad "Lead Pipe Cinch" and the tender closing tune "Lucky Time." Lucas says “it’s the best record we made when we were on a major record label.”

The album, however, didn’t exactly take the world by storm, and the label dropped Local H after its release.

“As soon as the record was done, everyone was gung ho,” says Lucas. “Everyone said we would go to the next level and all that bullshit. Then, we got news that people were getting fired and all this stuff was happening. People told us it would be good for us. It’s never good for you. You watched all the people in your corner disappear. You start to wonder who gives a shit about it. It wasn’t cheap to make. I don’t understand the thinking of letting it die on the vine, but nu-metal and rap-rock and all that kind of stuff was happening and there wasn’t much of a place for the record at the time. It didn’t have a place in 1998.”

For the current tour in support the disc’s 20th anniversary, the band will play the album in its entirety during one set. A second set will include a grab bag of hits and tunes from the band’s 28-year history.

“When we made the record, we didn’t worry about whether we could pull it off live, but we want to recreate the record live as much as we can," says Lucas. "There will be a set with [drummer] Ryan [Harding] and me, and we’ll play songs from all the records. There will be a break and we’ll play the album. It will have as many as four musicians on stage. We have two other guys to help us with guitar parts and samples and all that stuff. After a lot of grinding and learning, the rehearsals have gotten really fun, so it should be really cool.”