50 Years After Cleveland's 1968 Race Relations and Mass Media Conference, We Still Suck at Reporting on People of Color 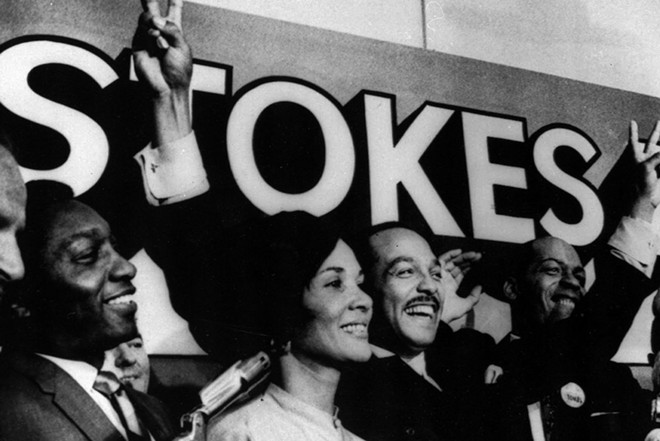 Ten months after Carl B. Stokes took office as Cleveland's 51st Mayor, and the first black elected mayor of any major U.S. city, the Community Relations Board of the City of Cleveland held the Race Relations and Mass Media Conference, melding the minds of Cleveland's marginalized communities and local news outlets.

The goal of the conference was to find ways to "bridge the racial news gap," and a report of the event was recently made available thanks to the always incredible work of the Digital Preservation department at the Cleveland Public Library. The report is a digest of many hours of taped dialogue in which members of the community and the mass media engaged in an attempt to examine themselves and each other. This report sought to go beyond reporting what was said, and instead serve as an interpretation of what was meant by what was said.

The Community Relations Board provided the report hoping that media officials would study the results of the Conference and better conduct themselves in how they handle stories about people of color and the issues that impact their communities. Fifty years later, this report reads like it could have been written yesterday.

Bertram Gardner, at the time the Executive Director of the Community Relations Board asked the media to show "an understanding of the impact of everything it does in the community and that the turn of a phrase, the use of a word, the choice of an expression, all have relevancy and impact and require responsibility."

An example of this is something called coded language, a word or phrase that appears to mean one thing to the general population but has an additional, different, or more specific resonance for a targeted subgroup. The report calls out Cleveland's most dubious use of coded language, the phrase "east siders."

Even today, media outlets and individuals say "east side" or "east siders" to mean "black people." Crime reporting often features "Shooting on East Side" in its headlines, a way to continue perpetuating the narrative that crime is committed in communities of color. This was a critique of the media 50 years ago, and a quick look at the comments on any Scene, The Plain Dealer or Cleveland.com article show that it's still a problem today.

The report asserts that the problem of the white-lead media is one of perspective, that white reporters have deeply rooted problems of conscious and unconscious racism. "I wonder if what we're hearing is that whites tend to talk about 'problems' and the black community is telling us about life...it isn't just a problem to them, it's life," it said.

And this is true. We as news outlets still tend to talk about gentrification in broad terms, analyzing the devastating effects of something like the housing crisis, with many outlets failing to identify that it disproportionately impacts communities of color. Sure, saying "the housing market is bad for Cleveland" sounds inclusive, but it's also discounting how detrimental it is for poor communities and people of color, who are statistically hurt the most.

The report cited an article printed in Cleveland after Dr. Martin Luther King Jr. was assassinated. The former head of the Congress of Racial Equality, Floyd McKissick, was being guarded by two armed black men, fearing for his safety post assassination. The charges were dropped by the city, but news outlets failed to report the dismissal, instead reporting on the front page that two black men had been arrested on charges of carrying concealed weapons.

"You're missing the point if you think we got hung-up on the newspaper article," a community representative said. "The article is just a microcosm of the kind of treatment the Negro community gets all the time."

The closest comparison we could make to a situation like this is the police justification coverage some outlets gave in the killing of Tamir Rice. Almost five decades after this conference, and black communities are still plagued by unfair media coverage that paints them as villainous, and in turn, reflects the unfair treatment they receive in their daily lives.

Below are screenshots from the report's capsule judgements of the conference as a whole. It's almost painful to read, because it legitimately looks like it could be the twitter feed of Fox News and those that are critical of their reporting. The "fair and objective" comment from the media is only a synonym away from being the delusional Fox News motto of "fair and balanced."

It's important to note that this conference was held only three months after the Glenville Riots which occurred after gunfire was exchanged for roughly four hours between the Cleveland Police Department and the Black Nationalists of New Libya. During the first day of the riots, mayor Carl B. Stokes, refused to allow white police officers to patrol the area but when African-American leaders in the neighborhood were unable to quell the violence, the Ohio Army National Guard and the rest of the Cleveland Police flooded the area to stop the violence.

Financial losses caused by the riots were estimated at about $2.6 million, and proved to be the political death knell of Mayor Stokes' Cleveland: Now! redevelopment effort to fight the problems in Cleveland's inner city.

A white member of the media was not named in the report, but accused the black community of "nitpicking," while another executive moaned, "Anything we do, you turn around and blame it on race." Today, "nitpicking" has evolved into what many of the plentiful comments on Scene's Facebook page would call "race-baiting." We try our hardest to cover the racial disparities within Cleveland, and without fail, every time, people accuse our publication of race-baiting. Addressing legitimate and research backed realities is not race-baiting, it's providing fair and factual information to the public.

Many people like to believe we live in a post-racial society, but the unfortunate reality, as proven by this report, is that much like our map of redlining inspired segregation, not much has changed.