Oberlin Celebrates the Late, Great Frances Walker and the Rest of the Classical Music to Catch This Week in Cleveland 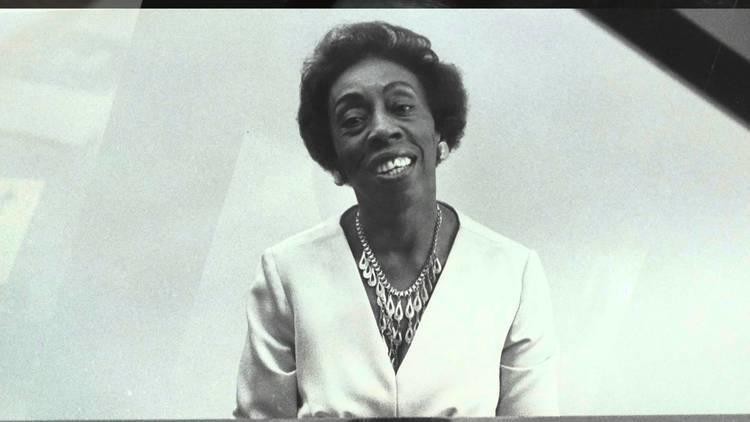 The fall season is getting underway, with bells, new music, and guitars figuring importantly in this week’s recommendations.

The McGaffin Carillon will peal out from the tower of the Church of the Covenant on Fridays at 12:15 noon, beginning on September 14 with a guest recital by David Osburn. Familiar tunes by Leroy Anderson, Rodgers & Hart, and George Gershwin can be heard all over University Circle, but you can bring a blanket or lawn chair and a picnic and hear the bells up close — for free, of course.

No Exit new music ensemble launches its new season with a triple-header of free concerts in conjunction with Zeitgeist, their counterparts in Minnesota’s Twin Cities. On Friday, September 14 at 8:00 pm at SPACES, the two ensembles will present the premieres of newly-minted pieces by Christopher Goddard and Ty Emerson, and slightly older but still contemporary pieces by Joshua Rosner, Philip Blackburn, and Jerome Kitzke. There’s also a “structured improvisation” by Julius Eastman.

On Saturday, September 15 at 8:00 pm at Wolfs Gallery, the ensembles will repeat the Goddard, Emerson, and Blackburn pieces, adding the premiere of a new work by Alexis Lamb, and a performance of Frederic Rzewski’s Winnsboro Cotton Mill Blues by pianist Nicholas Underhill.

Finally, on Monday, September 17 at 8:00 pm in Drinko Hall at CSU, No Exit and Zeitgeist will join Cleveland’s Ars Futura and Transient Canvas, pianist Geoffrey Burleson, and composer-conductor Andrew Rindfleisch for the premieres of Rindfleisch’s American Monster and Greg D’Alessio’s video work Running with the Devil, plus Frederic Rzewski’s The People United Will Never Be Defeated!

The first of nineteen free concerts in the new Silver Hall Series at CWRU’s Maltz Performing Arts Center in University Circle on Saturday, September 15 at 7:30 pm will feature the Cleveland Classical Guitar Society’s annual Showcase Concert. Guitarists Colin Davin, Jeremy Collins, and Stephen Aron will team up with Cleveland Orchestra principal viola Wesley Collins for Mauro Giuliani’s Rossiniana No. 1, Aron’s The Magpie, The Coyote, The Albatross, The Tarantula, and The Dolphin (from Managerie, Sixteen Concert Studies for Guitar), and the first performance of Jeremy Collins’ Impressions for Viola and Guitar.

On Sunday, September 16 at 2:00 pm, Oberlin College will celebrate the life of the late pianist Frances Walker (1924-2018), an Oberlin alumna and the first African American woman to become a tenured professor at the school. Musical tributes will come from pianists Vincent Craig, Kevin Sharpe, Clifford Jackson, Bill Billingham, and Joseph Williams, as well as violinist Gregory Walker, and speakers will include Andrea Kalyn, David Stull, Lee Koonce, and Peter Takács. The event in Warner Concert Hall is free and open to the public.

BlueWater Chamber Orchestra makes its first appearance of the season at the Breen Center in Ohio City on Sunday, September 16 at 3:00 pm with Daniel Meyer on the podium and hornist Richard King and mezzo-soprano Corrie Stallings as featured soloists. King, fourth horn with The Cleveland Orchestra, will be in the spotlight with two Mozart concertos, Stallings will be highlighted in de Falla’s El Amor Brujo, and Meyer and the Orchestra will fill out the program with Stravinsky’s neo-Baroque Dumbarton Oaks Concerto. Tickets can be reserved online.