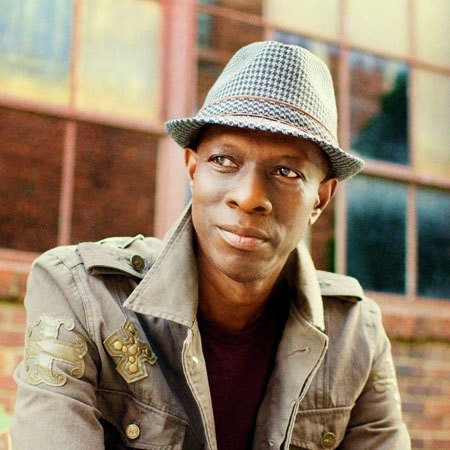 An Acoustic Evening with Keb Mo

Four years ago, Keb’ Mo’ dropped Bluesamericana, notching a new chapter for his career and merging the traditional scene from which he grows with the finger-pickin’ uber-popular world of indie Americana music (a la the Lumineers, etc.). “I only make albums when I’m inspired to, and these 10 songs come from a very honest place,” he said at the time. Throughout, the album teeters expectedly more toward the blues, but Keb’ Mo’ injects enough “new” influences to make it an intriguing collection of songs for anyone interested in fine guitar work. And while we’re at it, don’t sleep on his 1994 debut or on last year's TajMo. Stellar blues. (Eric Sandy), 8 p.m., $38-$149. The Kent Stage.

The Music Box Supper Club, the local brewery and pizza joint Saucy Brew Works and the local internet radio station oWOW have teamed up to present a new concert series. BluesTime is a radio show on oWOW radio that airs from 9 p.m. to midnight on Saturdays, and the concert series will feature some of the program's more popular acts. Dubbed the Saucy Brew Works BluesTime Concert Series, the series launches tonight at the Music Box with a performance by local bluesman Alan Greene and his band. (Jeff Niesel), 7:30 p.m., $8. Music Box Supper Club.

An Evening with Yo La Tengo

Yo La Tengo bassist James McNew says that as the veteran indie rock band began to assemble songs for its latest release, it used the working title There’s a Riot Going On, a reference to Sly and the Family Stone’s 1971 album. That title stuck, and the band kept the name for the finished product, which came out earlier this year. Though not overtly political, the songs do speak to our troubled times and the current climate of fear and uncertainty. Expect to hear plenty of the tracks at tonight's show which will feature two sets. (Niesel), 9 p.m., $23 ADV, $25 DOS. Beachland Ballroom.

Best known as a member of the Monkees, singer-guitarist Michael Nesmith also fronted the First National Band, a country rock group that included musicians from Nashville. Nesmith, who just played in town over the summer with fellow Monkee Micky Dolenz, returns to Northeast Ohio tonight to perform with the reunited First National Band. Nesmith's sons, Christian and Jonathan, are among the members of the new First National Band lineup. (Niesel), 8 p.m., $52-$150. The Kent Stage.

For the Square Records 15th Anniversary Party, owner Dave Ignizio wanted to bring back the bill of bands from the first show he ever booked after starting his Akron-based record shop. That meant having to track down the guys from Kent's own the Party of Helicopters, a band which broke up in 2004 when many deemed it just on the cusp of stardom. While the bandmembers have done a number of reunion shows over the years and played in various bands, they haven't played a gig together in a few years. Known for their riotous indie-metal/punk instrumentation paired with dreamy vocals, they're back for a one-night-only show where old fans (along with the newly-initiated) are invited to relive the happier and care-free times of their adolescence. (Laura Morrison), 8 p.m., $5. Musica.

Decades into his career, rocker Ozzy Osbourne has said that his current tour will be his last. Osbourne and his band (guitarist Zakk Wylde, bassist Blasko, drummer Tommy Clufetos and keyboardist Adam Wakeman) will play Blossom one last time. Expect to hear songs from both his Black Sabbath days and from his solo career. With Wylde by his side, Osbourne should be able to bring classic heavy metal tunes such as "War Pigs," "Crazy Train" and "Paranoid" to life even if his voice has faded some with wear and tear. (Niesel), 7:30 p.m. Blossom.