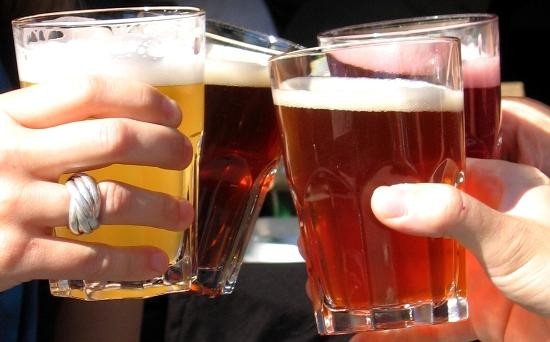 EDIT:: A previous version of this article listed 'Visit Canton' as one of the co-organizers. Visit Canton along with Tuscarawas CVB and Wayne County CVB, were a promotional partner agreeing to promote the tour in consideration of Stark County tourism industry partners that were included on it. None of these groups organized, managed, or oversaw any element of this brew tour

Twenty breweries signed on to participate in the inaugural Passport Brew Tour, a craft beer trail organized by Akron's Lunar Cow Publishing that was scheduled to run through the rest of the year. However, some tired-ass attempt at humor completely blew up in their faces and the tour is no more.

“The craft beer industry is booming and beer enthusiasts have become more organized and social in their consumption of craft beer," Lunar Cow president Benjamin Harris said just before the trail’s launch. "The Passport Brew Tour not only promotes local breweries but also brings the participants together.”

They apparently meant only some beer enthusiasts, since last weekend the company posted a "12 Reasons Why Beer is Better Than a Woman" meme on Facebook. 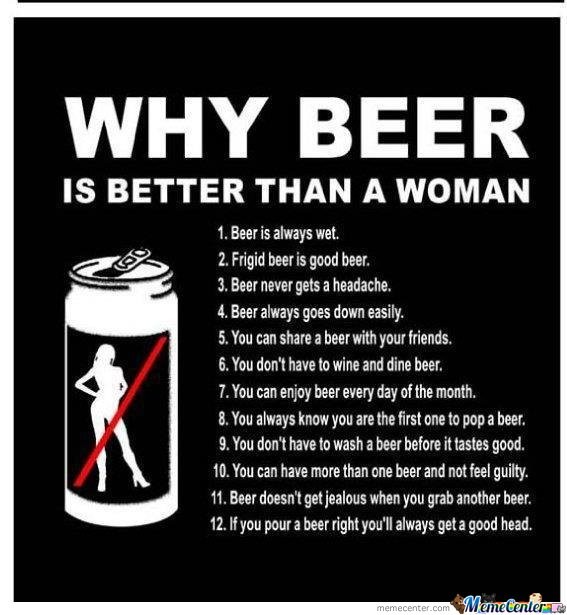 The meme's attempt at humor, if anything, says more about the men posting it than it does women. Your beer is wetter than your woman? Sounds like you're not doing a very good job keeping her satisfied. You can't enjoy a woman every day of the month the way you can a beer? Sounds like someone has their own hang-ups with a woman's cycle and needs to reassess their own insecurities.

Anyway, Lunar Cow has since deleted the post, but not before a righteous backlash. By Monday, 18 of the 20 breweries had withdrawn their participation. Less than two weeks after the tour began, the tour has been cancelled.

“We don’t want anything to do with that tour,” Amanda Conrad, co-founder of Sandy Springs Brewing Co. told Ohio.com. “I’m just disgusted.” Conrad also said woman bartenders started throwing away the Passport Brew Tour coasters that were provided to promote the program after seeing the post.

“We will under no circumstance stand by or support such behavior,” wrote Shale Brewing in Jackson Township. “We are proud of and stand by the women who work with us, the other strong women in the brewing industry and all the awesome women who love and enjoy craft beer!"

In the meantime, the failed attempts at covering their asses posted on the Passport Brew Tour Facebook page have been deleted. On Monday morning, after breweries began dropping out, it wrote a response basically saying "We're sorry if you were offended," while simultaneously saying it has the "utmost respect for women."

The meme literally shows the silhouette of a woman on a beer can with a red line crossing through her. But sure, utmost respect.

JAFB Wooster Brewery founder Paul Fryman called the meme "100 percent offensive," and the executive director of the Tuscarawas County Convention and Visitors Bureau said that all of the marketing materials for the tour were being recycled.

Organizers were expecting more than 10,000 people to participate in the trail, which involved people taking a “passport” to the stops and collecting stamps.