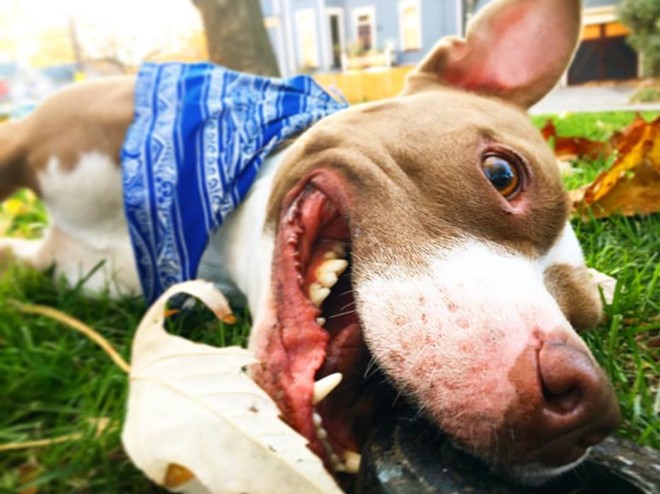 More than two dozen people descended upon the Parma City Council meeting Monday night to advocate against the city's ban on owning pit bulls. The current laws, which are more than 30 years old, contain stigma and language about breed definitions that they find concerning and outdated.

Under Parma City Ordinance 618.09, pit bulls are considered a "prohibited animal" and are mentioned by name. This is especially concerning considering some of the other 30 or so banned animals include venomous snakes, bears, cheetahs, bison, hippopotami, lions, piranha fish, sharks, tigers and wolves, among other exotic breeds from other countries.

The Parma ordinance states "whoever violates or fails to comply with any of the other provisions of this section is guilty of a misdemeanor of the third degree. A separate offense shall be deemed committed each day during or on which a violation or noncompliance occurs or continues."

For a third-degree misdemeanor charge, a resident could spend up to 30 days behind bars and face fines of up to $250 dollars.

The advocates at last night's Parma meeting are the same group that successfully helped Lakewood overturn their pit bull ban, instead changing the ordinance to judge all dogs equally, rather than target by breed.

However, the advocates did not attend unopposed. Impassioned speakers at the meeting included Carol Miller, a survivor of a pit bull attack, who urged city council to keep the law as written.

Currently, roughly 21 cities in Ohio have outright pit bull bans, many in the Cincinnati area. Other than Parma, cities with bans in Northeast Ohio include Warrensville Heights and Garfield Heights.

No decision was made by city council on Monday and the opinions were only made during the public comment period.