The very first week Michael Jordan arrived in Cleveland more than 30 years ago, the attorney traveled to a local law office for a deposition and saw some interesting photographs on the wall.

"They were of Kingsbury Run," Jordan told Scene in a recent phone conversation about his new book, The Company of Demons. "A lawyer said to me, 'You know, Kingsbury Run? Where the Torso Murderer used to dump his victims.' And I said, 'Who?'"

Jordan had never heard of Cleveland's infamous torso murders of the 1930s, but he grew fascinated by them, gripped by lawman Eliot Ness's failed attempts to track down the killer.

Jordan's new novel, his first, is a modern-day take on the torso murders. It's a thriller that he says might be described (and has been, on Goodreads) as a cross between John Grisham and Stephen King.

"It's a gritty tale that involves conflicted, complex characters," Jordan said. "These are not knights in shining armor. Part of the joy of the book, I hope, is seeing how they resolve their personal conflicts in the backdrop of these terrible killings." 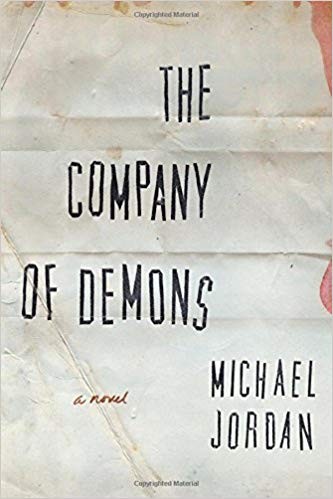 The novel begins with a grisly murder, one that bears an eerie resemblance to the torso murderer's techniques decades ago. Lawyer John Coleman is hired to handle the estate of the victim, a personal friend, and finds himself hopelessly entangled in the case.

Jordan said he stopped actively practicing law about eight years ago to devote himself more fully to his writing. He said he traveled to New York to take classes and author seminars to hone his chops. And he says his work has paid off. The local reception to the novel, which was published earlier in 2018 by Greenleaf Books, has been terrific.

In addition to a committed researcher, Jordan is a local resident and a lawyer. As such, he managed to incorporate not only his knowledge of criminal proceedings — he promises the courtroom scenes are gripping — but also many of his favorite local restaurants and bars into the story. He says he has fallen in love with Cleveland and relished the opportunity to describe it in his fiction.

"I was able to give the novel a lot of regional color," he said. (The main character, for example, lives in Lakewood.) "I did my best to bring the city to life."