More Ohioans Fatally Overdosed on Fentanyl in 2017 Than Ever Before 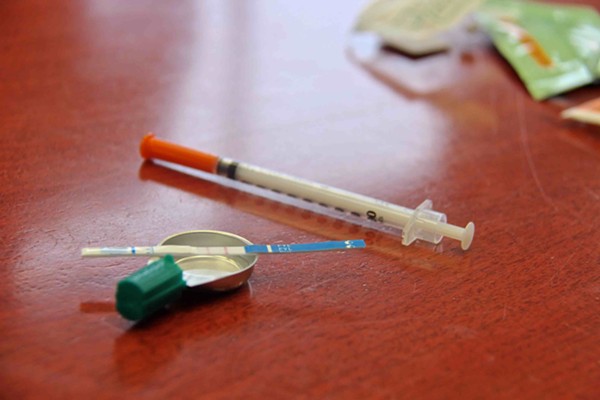 County coroners across Ohio logged 804 more fatal overdoses in 2017 than the 4,050 reported the previous year, a 20 percent increase. It was also the eighth year in a row that drug-related deaths increased, according to data on unintentional drug deaths reported to the Ohio Department of Health.

Unsurprisingly, fentanyl is responsible for the continued drug epidemic in Ohio. The synthetic opioid accounted for nearly three-fourths of the Ohio drug-related deaths, killing 3,431 people in 2017, a 46 percent increase over the previous year.

There was also an unfortunate spike in cocaine-related deaths, climbing up 39 percent from 2016, with many believing fentanyl cut in with the cocaine is likely responsible. Fortunately, heroin deaths dropped 46 percent from 2016, and fewer Ohioans are dying from prescription opioids. The numbers for both are at the lowest they've been in half a decade.

“This is a marathon,” Criss said. “There will be no quick fix.”

Dayton's Montgomery County saw the biggest jump in deaths, with numbers soaring 63 percent higher than in 2016. In 2017, there were 98 deaths for every 100,000 residents, the highest rate in the state.

Cuyahoga County remains the leader of overall numbers, boasting a nine percent increase from 2016, and contributing to 598 recorded fatalities.

Cheri Walter, CEO of the Ohio Association of County Behavioral Health Authorities, noted that although the state's death toll was high, but could have been much worse.

“The reality is, we’ve focused on opioids and heroin, and now we’re seeing more deaths involving other drugs, so we’ve got to (broaden our) focus on treatment” for all kinds of addiction.

The Surgeon General has been encouraging citizens to carry overdose antidotes like naloxone (aka Narcan) similarly to how allergy sufferers carry EpiPens. “It is time to make sure more people have access to this lifesaving medication, because 77 percent of opioid overdose deaths occur outside of a medical setting and more than half occur at home,” said Dr. Jerome Adams.

Cardinal Health donated over 80,000 doses of Narcan to first responders and law enforcement agencies across Ohio, Kentucky, Tennessee and West Virginia back in April, as part of the frontline response to the opioid crisis.

If you or someone you know is struggling with opioid abuse, please contact the Substance Abuse and Mental Health Services Administration. SAMHSA’s National Helpline, 1-800-662-HELP (4357), is a confidential, free, 24-hour-a-day, 365-day-a-year, information service, in English and Spanish, for individuals and family members facing mental and/or substance use disorders. This service provides referrals to local treatment facilities, support groups and community-based organizations.