City of Cleveland Agrees to Pay $3.7 Million in Death of Kenny Smith, Who Was Shot and Killed by a Cleveland Cop in 2012 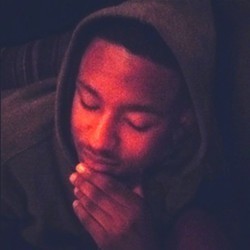 The city of Cleveland this week came to an agreement with the family of Kenny Smith that will pay them $3.7 million to settle a wrongful death lawsuit stemming from the night of March 10, 2012, when an off-duty Cleveland police officer shot and killed the 20-year-old aspiring rapper downtown.

Smith had gotten caught up in the tense aftermath of a show at Wilbert's. Someone fired a shot, things escalated. Smith hopped in a car with some friends from his neighborhood. Police were looking for a suspect in a Saturn, and officer Roger Jones, who was in the area at a bar having a drink, went out into the streets, finding Smith and two others in a car. Jones claimed Smith lunged for a gun before Jones fired.

Scene featured the case in a Sept. 2012 cover story.

Then-prosecutor Tim McGinty in 2014 ruled the shooting justified and praised Jones for "correctly and heroically [taking] action to protect the safety of the citizens of Cleveland."

Police suspected the driver of the car, Devonta Hill, was the one who fired the shots that got everything started in the first place, and the prosecutor's office criminally indicted him for Smith's deaths, among other charges. Hill would eventually plead out to lesser charges, but not before years of legal wrangling and waiting.

Smith's family filed a wrongful death lawsuit against Jones, one that would present a whole host of discrepancies with the officer's version of events. A federal jury found in their favor, that Jones, not Hill, was responsible for Smith's death, and that Jones had used excessive force. They came down with a $5.5 judgment.

Cleveland appealed, of course, and considered using a dubious legal strategy it applied in the case of David Ayers, who was wrongfully convicted of a 1999 murder and spent 11 years behind bars before being exonerated.

In that case, a jury awarded a $13.2 million judgment against the two Cleveland police officers behind the conviction after a 2013 civil trial. That judgment though, was against the officers personally, not the city. Cleveland then hired bankruptcy attorneys to help the officers through that process, getting the judgment wiped out in the bankruptcy, despite the fact the officers had the right to indemnification. Basically, the city should have been on the hook for the payout. That issue remains very much up in the air and is currently before the Ohio Supreme Court.

An appeals court earlier this year upheld the jury verdict in the Smith case, as well as the decision by the previous judge to reduce the judgment to $4 million. But lawyers for the Smith family entered into negotiations with the city specifically because of what happened with Ayers. Though Jones didn't file for bankruptcy like the officers in the other case, there was still murkiness on the question of whether Cleveland would pay, and when.

"We didn't want to go through the same kind of litigation that David Ayers went through," attorney Terry Gilbert told Cleveland.com.

This week's $3.7 million settlement still needs to be approved by a federal judge and probate court. It's a large number, one of the largest the city will have ever paid out, but Cleveland has put Smith's family through six and a half years of stress and struggle to get here, and you wonder what kind of justice that is.

"They just did not want to prolong this anymore, and the family wanted to get this over with and move on," Gilbert told Cleveland.com, echoing what Smith's mother told us two years ago when she said, "I'm tired."