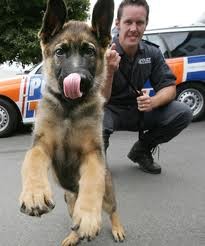 The good people of Akron, Ohio — where shit is clearly getting done — pushed back last night on a proposed increase to penalties for barking dogs.

If that sounds harsh to you, animal lovers, you're not alone. Other council members, including former Dennis Kucinich running mate Tara Samples, disputed the strategy. Samples argued that with overcrowding in the carceral system, jailing people for this minor offense was absurd. (Neal said he never intended to jail people, for the record; he just wanted to find an increased deterrent for all the doggone barking dogs!)

There have been 172 total complaints for barking dogs in Akron in 2018, nine of which were submitted online. Cleveland.com noted that many of the complaints were repeats and made anonymously; as in, for example, the West Akron couple who appeared at last night's meeting to testify about their neighbors.

“We don’t want our house shot up,” the Akron Beacon-Journal quoted the woman, who feared violent retaliation if exposed.

Council decided that an educational component was probably a good idea, not unlike the way that diplomatic solutions are generally wise to pursue before military action. In any case, council's taking a week to mull over some alternatives. When Cleveland.com reached out to Mayor Dan Horrigan, he said that any increased punishment should be considered carefully and "data-driven."

"I've asked my staff to gather information on this issue to assure we are doing what is best for our community," he said, "considering both the needs of neighbors and pet-owners."