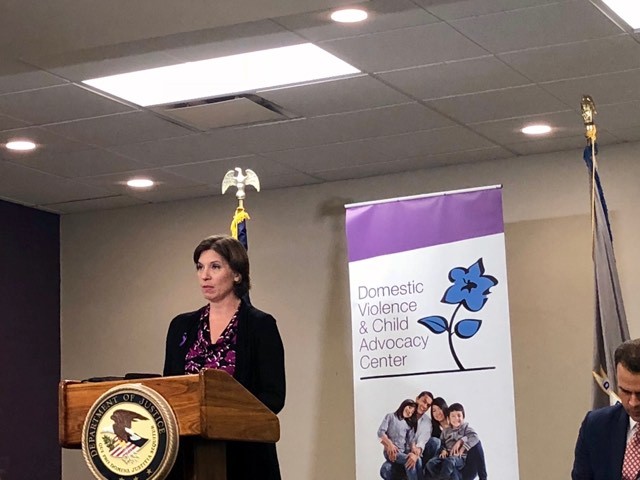 Just over a week ago, Ohio Gov. John Kasich signed two executive orders that would enhance the background check process for purchasing firearms in an effort to prevent those with domestic abuse convictions or active protection orders against them from obtaining firearms.

Today, the United States Department of Justice announced an enforcement initiative as part of Project Safe Neighborhood (PSN) that would bring those convicted of domestic abuse or active protection orders that possess firearms to a federal court, allowing sentences for offenders to be three to five times longer than if they were prosecuted at the local or state level.

Recently, several people in the area with such convictions were found to have been in possession of firearms — William G. Smith of Ravenna, Antonio Stewart of Lorain, Elijah Harder of Cleveland, Steven Kennedy of Euclid, Jason Calton of Liberty Center and Edward Kennerly of Cleveland.

All of the aforementioned men were found to have a wide range of firearms and ammunition, despite having domestic violence convictions on their records. The case of Kennerly, however, is unique in that he had attempted to buy a 12-gauge shotgun in Eastlake, and lied in an effort to obtain the weapon.

"The law is clear: If you have been convicted of domestic violence, even a misdemeanor, or have an active protection order, you are not allowed to have a gun," U.S. Attorney Justin Herdman said. "Data tells us that more than half of all women homicide victims were killed by their partners. We also know one of the greatest risks for police officers is responding to a domestic disturbance. These indictments will help make our community safer."

According to Herdman, there were over 250 firearm indictments filed, an increase of about 50 percent from 2017, and it's the most number of indictments filed in the history of tracking these statistics, which date back 14 years.

Melissa Kay Graves, CEO of Domestic Violence & Child Advocacy Center (DVAC), said data has shown that nearly two-thirds of women killed by guns died at the hands of their intimate partner. Also important to note, women of color and women who are immigrants or refugees experience a disproportionately high rate of severe domestic violence and domestic violence related homicides.

"What research is showing in these situations, is that a presence of a gun makes it five times more likely that the victim is going to be killed," said Graves. In Ohio, between 2016 and 2017, there were 116 women fatalities in intimate partner cases, and 85 percent of those cases were due to firearms.

Most concerning of all, however, was hearing Graves explain that from 2016 to 2017, about one third of all domestic violence homicides ended in a homicide-suicide, but 100 percent of those homicide-suicide cases were performed with a gun.

October is Domestic Violence Awareness month, so this initiative is coming at a perfect time. "Prosecuting gun violations at the federal level and giving some of these violent offenders out of the community will save lives," Graves said.

One in four women and one in seven men will experience domestic violence at some point in their life. It occurs in all types of relationships, regardless of sexual orientation and across all racial, socio-economic, religious and cultural lines.

Bureau of Alcohol, Tobacco, Firearms and Explosives (ATF) Assistant Special Agent in Charge Kyle Walton announced that he's assembled a dedicated team of ATF agents, task force officers from Cleveland Police and local parole from the Cuyahoga County Sheriff's Office who will spend every day going after violent gun offenders, including domestic abusers who violate their restrictions on possessing firearms.

"On a positive note, we have great partnerships at all levels, federal, state and local that are working together to have an impact on this problem and make our communities safer," Walton said.

Cleveland Police Patrolmen's Association President Jeff Follmer said that Cleveland Police respond to over 17,000 calls regarding domestic violence a year, and that domestic violence cases are often the most dangerous scenes for a police officer to investigate. "Officers respond to these cases and they have no idea what's going on behind that door. Their objective is to get the victim, make sure everyone's safe, put the male in jail, and now with the federal government, hopefully they'll get federal charges and go away for a lot more time," said Follmer.

As with most initiatives, public assistance and information has been requested. If you are aware of someone in possession of a firearm with a prior domestic violence conviction or an active protection order against them, you can contact the ATF at 1-800-ATF-GUNS or Crime Stoppers at 216-252-7463.

"We know that domestic abusers are more likely to pull the trigger on a firearm," Herdman said. "They are not allowed to have guns and we will do everything we can in our power to bring them to justice."