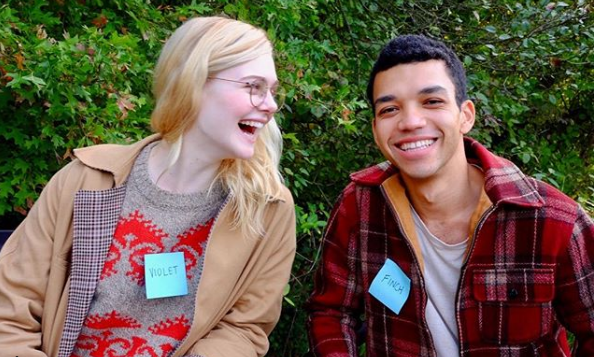 Parts of Elyria are shut down today for exterior filming of the upcoming teen drama All the Bright Places.

Locals and visitors alike should watch out for Broad and Harrison street closures through midnight as the city stands in for a small town in Indiana,  where the film's story is supposed to take place.

Based on Jennifer Nevin's YA book about love, friendship, mental illness and suicide, the film is sure to follow in the footsteps of other hits like The Fault in Our Stars and 13 Reasons Why.

The film stars Elle Fanning, Dakota's sister, and Justice Smith, who you may have seen getting down in Baz Luhrmann's Netflix show The Get Down, but it doesn't seem that any of the actors are a part of today's Ohio filming.

Speaking to The Chronicle, Elyria Mayor Holly Brinda said that while there is lots of inconvenient construction taking place already, the city wasn't going to decline another filming opportunity.

“When I was talking to some of the movie producers last week they said they love Elyria because it’s a jewel in the Western Reserve," he said. And who could pass up that kind of praise?

Elyria was previously featured in the 2015 indie drama about a grouchy gymnast called The Bronze.

A release date has not yet been set for All the Bright Places.