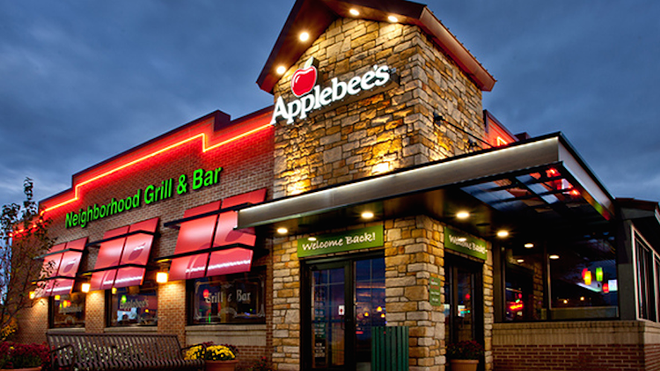 The Boardman police department is currently investigating a fight that broke out at an Applebee's after concerns about cleaning up confetti between restaurant staff and the partygoers on Monday.

According to the police's incident report, a manager told officers that a party of 20 people came to the restaurant around 7 p.m. for a gender reveal party.

Guests planned on popping one of those obnoxious confetti cannons inside the restaurant to announce the baby's gender, but management presumably realized no one wants a sprinkle of blue tissue paper crumbs inside their Dollarita and told the party they had to pop the confetti outside.

However, after the party exploded blue confetti all over the parking lot, sidewalk and patrons' vehicles, the Applebee's staff kindly asked the group to clean up their mess, a more than reasonable request.

It was then that staff reported some of the party members started getting rowdy and began shouting at the manager and the hostess. The manager claims some of the group began screaming, "I'm going to beat your ass" and telling the hostess they were going to "fuck [them] up."

You know, a completely sane response to a restaurant asking you to clean up the completely unnecessary mess left behind in their parking lot.

Police were then dispatched to the scene at 8:59 p.m. according to the incident report, as two members of the party threw menus across the room at the hostess, who was struck several times. Fortunately, there were no reported injuries.

Members of the party began to leave the scene as police were called and after they left, the manager noticed a bill for $31.81 that had not been paid.

Police are still investigating the incident and Applebee's parent company, RMH, released a statement on Wednesday night saying, "The safety of our guests and team members is our top priority. This is an unfortunate incident, and we are looking into what happened to determine next steps."

Lastly, let us all just agree gender reveal parties are the fucking worst.