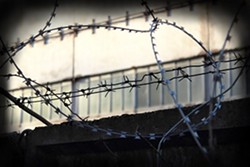 Gustavo Gimeno, the music director-designate of the Toronto Symphony, will guest conduct The Cleveland Orchestra this weekend, with Mark Kosower, the Orchestra’s principal cello, as soloist in Alberto Ginastera’s Second Cello Concerto. Also on the program: Samuel Barber’s Overture to The School for Scandal, and Rimsky-Korsakov’s tale of Scheherazade, who kept her head on her shoulders by telling captivating stories for a thousand nights. Hear the full program on Thursday, October 18 at 7:30 pm, Friday, October 19 at 7:00 pm (the first [email protected] concert of the season), and Saturday, October 20 at 8:00 pm, or a shorter version without the Ginastera on Friday at 11:00 am (a one-hour matinee). Tickets can be had online.

Gregory Ristow has picked a great Russian program for the Oberlin College Choir on Thursday, October 18 at 8:00 pm in Finney Chapel. Faculty cellist Darrett Adkins will join the singers for Sofia Gubaidulina’s Canticle of the Sun, and four pianists will back up the choir for Stravinsky’s Les noces (“The Wedding”). The performance is free.

Baldwin Wallace Opera will present two performances of Tom Cipullo’s chamber opera, Glory Denied. The 77-minute piece, which is receiving its Midwest premiere, recounts the story of Jim Thompson, the longest-held prisoner of war in U.S. military history, as he tries to re-assimilate into American life after nine years behind enemy lines in Vietnam. Baritone Gregory Gerbrandt sings the title role and Brian Onderdonk conducts a nine-piece chamber orchestra on Friday, October 19 at 7:00 pm at Red Space in Cleveland, and on Sunday, October 21 at 3:00 pm in BW’s Gamble Auditorium in Berea. Tickets are available online.

Cleveland composer Margaret Brouwer has revised her oratorio Voice of the Lake, a chronicle of Lake Erie’s slide toward crisis. You can catch the new version on Friday, October 19 at 7:00 pm at the Cleveland Institute of Music, led by Domenico Boyagian, with Angela Mortellaro, soprano, Brian Skoog, tenor, and Bryant Bush, bass. Tickets are $20, students $10.

St. John’s Cathedral in downtown Cleveland will present the British Marian Consort in music honoring the Virgin Mary by Tudor-era and 20th- and 21st-century composers on Friday, October 19 at 7:30 pm. Rory McCleery directs the group. No admission charge, but a freewill offering will be received.

Croatian classical guitarist Ana Vidovic is up next on the Cleveland Classical Guitar Society series on Saturday, October 20 at 7:30 pm at Plymouth Church in Shaker Heights. The program begins with Bach and moves on to Spain. Tickets are available online.

Some members of The Cleveland Orchestra lead double lives as members of the Cleveland Bluegrass Orchestra. On Sunday, October 21 at 2:00 pm, in a free concert at Beachwood High School Auditorium, you can hear Trina Struble hold forth on fiddle, Mark Dumm on banjo, Jeffrey Zehngut on mandolin, Henry Peyrebrune on guitar, and Derek Zadinsky on bass (only Zadinsky will be playing the instrument he uses in his day job!)

The Suburban Symphony will play its first concert under its new music director, Domenico Boyagian, on Sunday, October 21 at 4:30 pm, also at Beachwood High School Auditorium. Boyagian will conduct the avocational orchestra in Beethoven’s Symphony No. 1 and Dvořák’s Symphony No. 9, “From the New World.” It’s free.

And on Tuesday, October 23 at 7:30 pm, the Cleveland Chamber Music Society will depart from its usual menu of string quartets to present baritone Holger Falk and pianist Julius Drake in songs by Schubert, Eisler, Poulenc, and Satie. You can learn more about the music in a pre-concert lecture by Eric Charnofsky at 6:30 pm. In another change from the usual, the performance will be held at Forest Hills Presbyterian Church in Cleveland Heights. Tickets can be ordered online (and very cheaply for students!)