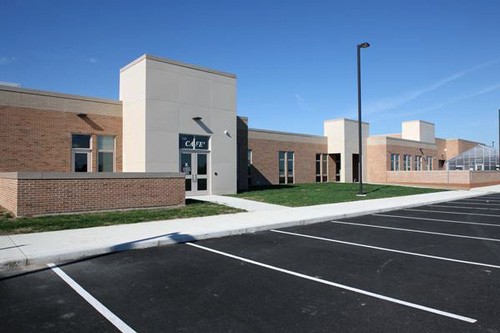 Anthony Knight is going to spend the next 20 years behind bars after a remarkably brave student at Vanguard-Sentinel Career and Technology Center in Fremont, Ohio, wrote about her experiences as a rape survivor for a class assignment.

Students were asked to write an essay about obstacles in their lives they'd overcome, and this particular student disclosed that she had been sexually abused as a child.

A teacher handed the assignment over to children's services and the Sandusky County Sheriff’s Office, who then opened an investigation.

Knight plead guilty on three counts of rape, but was indicted on 12 counts. The student's essay detailed Knight had abused not only her, but her two sisters as well. It was determined that he had sexually assaulted the three sisters over multiple years, when they were as young as 7 years old.

On Tuesday, County Common Pleas Court Judge John Dewey, sentenced Knight to 20 years in prison and ordered Knight to register as a Tier III sex offender annually for the rest of his life.

Detective Sergeant Kenneth Arp told WTOL in Toledo that the family had confronted Knight when the alleged incidents were to have occurred, but did not report the crimes to authorities.

“I think that these types of things happen a lot more often then what the average person might think that it does,” Detective Arp told WTOL. “I think that if you talk to different investigators around the area they will tell you that they work a lot of sexual assault cases similar to this. This one happens to have a positive outcome and unfortunately a lot don’t, but I think it sends a great message.”

Detective Arp is hoping that this case will show survivors of sexual assault that law enforcement is dedicated to thoroughly investigate these cases. The women were initially reluctant to pursue the charges as they had not reported it in the past, but Arp noted they showed a lot of courage by coming forward.