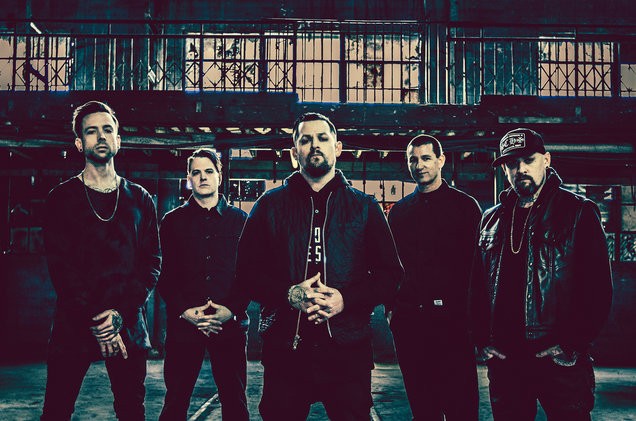 Next week, the guys of Good Charlotte are taking a break from touring to go trick-or-treating with their families. The band members are in their late 30s and are now dads, or at least uncles, and they don’t like to miss all the holiday magic Halloween has to offer kids.

Still, the pop-punk five-piece plans on throwing down for its upcoming Agora Theatre show on Sunday before heading home.

Guitarist Billy Martin — speaking via phone from his home in Maryland, the place where the band formed more than 20 years ago — says fans should expect a nod to Halloween during the show, but that it’s mostly about the new record, Generation RX, which came out last month. He says that touring now isn’t as easy as it once was, but that they’re so thankful to be playing still.

“We know each other so well, so while we’re playing ... it’s hard to describe,” Martin says. “It’s good, it’s hard being away from our family on tours, but no matter what, if it’s cold or you want to be home, you get on stage, and the crowd goes wild, and you know it’s where you’re supposed to be.”

But before the move to Hollywood and the marriages and taking time to carve pumpkins as a family, Good Charlotte was one of the hottest alternative rock acts on the planet.

The year was 2002. Good Charlotte’s The Young and the Hopeless was blowing up, helping to cement pop punk as the preferred alt-rock genre among angsty teens. The act was brash, funny, dark and brooding — essentially the kind of guys your mom probably didn’t want you to date, making them all the more attractive. Founding members and twin brothers Joel and Benji Madden, with their spiky hair and black-smudged eyes, quickly became the faces of the band, hosting TRL on MTV and dating some of the hottest stars of the day (leading to marriages with Nicole Richie and Cameron Diaz, respectively). The record sold 4.9 million copies, money came in by the boatload and girls screamed any time they walked on stage.

But tastes change, as they always do in the music business, and the group waned in mainstream popularity as the 2000s trudged on. The band went on a hiatus for four years, coming back together for 2016’s mediocre Youth Authority.

“Four years was a long time,” Martin admits. “We thought, ‘Can we just come back?’ When we left, Facebook was the most popular form of social media; now, it’s not. We had to figure out where our fans were and how to stay relevant.”

What’s left is the ghost of what the band was but also a glimmer of what it could be. Their most recent record made the lowest debut of any Good Charlotte album to date, landing at 167 on the Billboard 200. But even if their fame has dimmed, the guys now feel like they’re finally saying something of worth. They’re still together after more than 20 years, making music they’re proud of, which a whole hell of a lot of bands can’t say.

“We do meet and greets at all the shows. We talk to the fans what makes them stay with us, and a lot of them have gone through shit,” Martin says. “Our last two albums were more light-hearted, not as personal. Not that that hurt us; we worked really hard for it. But it’s hard to be angry with songs when you’re happy. You didn't want to make a fake record.”

With Generation RX, the crew dug down deep and got personal; through songs like “Actual Pain” and “Self Help,” it decided to address many of the largest issues facing the country.

“Now, we’re dads, you think about the world people are dealing with,” Martin says. “Mental health, drug addiction, politics — there’s a movement, and it’s in touch with our fans, and we know we have to talk about this stuff.”

While the Maddens tackle writing the lyrics and the framework of most songs, Martin helps fill in the music with his guitar. He says he even has a couple solos on the record, a first for the band, showing how much they’ve evolved.

“I can paint the picture with my guitar,” Martin explains. “You can make a song sad, and you can influence it to be spacey and ambient, and it’s fun for me. I can take the concept of the song and I set the mood.”

The result is a far more melancholy and adult record, a far cry from the teenage rebellion of hits like “The Anthem” and “Lifestyles of the Rich & the Famous.”

But now, making these songs together at the Maddens’ MDDN production company in Los Angeles, the band isn't beholden to what any studio may think of it. They want to make music for themselves, and, of course the fans.
Even now, through all the changes and growth, a part of them will always feel like those punks from Maryland faking it until they make it.

“I’m confident where we are as a band,” Martin says. “But longevity — that’s hard to think about. You have to wonder, when will people stop caring about our band?”