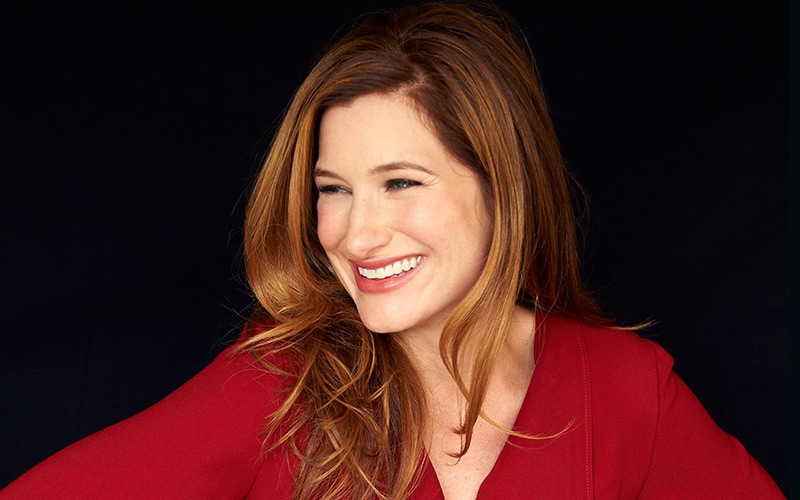 One of the stars of Parks & Rec, Bad Moms and Anchorman is coming back to her hometown of Cleveland just days before the election as part of a canvassing initiative by Planned Parenthood Votes Ohio.

Hahn — who was seen earlier this year at the Women's March in Park City, Utah, wearing a bright pink "I Stand With Planned Parenthood" beanie — recently reached out to Planned Parenthood personally looking to help spread their message. She's going door-to-door around Cleveland to talk about candidates championing reproductive rights on Nov. 3.

"We have a candidate running for governor who has dedicated his time in office and political career to restricting reproductive rights and healthcare," Sarah Inskeep, Communications and Digital Manger with Planned Parenthood Votes Ohio tells Scene. "He’s really launched an idealogical crusade against us. I can’t think of a worse individual running in this election for Planned Parenthood than Mike DeWine."

"Hahn's support has been long rooted before this, but her visible support for Planned Parenthood as someone from Cleveland makes her essential," says Inskeep. "Cleveland is part of Cuyahoga County, the largest county in the state, hopefully she’ll help galvanize support in this election."

“For seven long years we’ve had an anti-reproductive health care administration in the governor’s office who, with the help of extremist politicians in the Ohio legislature, has signed 20 dangerous restrictions to reproductive health care and abortion access. The attacks end this year," Lauren Blauvelt-Copelin, Campaign Director, Planned Parenthood Votes Ohio said in a statement.

This super PAC is the first Planned Parenthood has ever established in Ohio.

"I was raised in Cleveland and I know Ohioans deserve a health care champion who will go to work protecting and expanding access to reproductive health care including safe, legal abortion," Hahn tells Scene.

Ohio is one of 20 states poised to ban abortion if Roe v. Wade falls, despite the fact that support for abortion rights runs across party lines. A record 71 percent of voters appose overturning Roe v. Wade. According to Planned Parenthood, even Trump voters oppose overturning the ruling by six points.

The Get Out the Vote canvas launch begins Saturday with Hahn leading the volunteer rally before heading into the community to knock on doors and talk to voters.