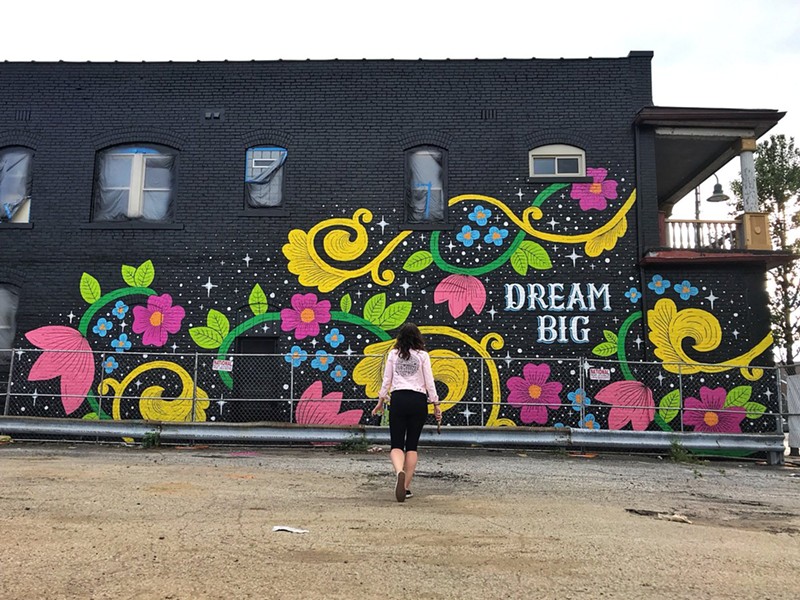 Today the City of Cleveland announced that Rouen, France, has selected Cleveland artist Lisa Quine as the Sister Cities mural exchange artist. As we previously reported, the selection came after an open call for Cleveland artists to participate in the long-running Sister Cities program, and a celebration of Rouen's 10th year as Cleveland's Sister City.

Quine will collaborate with French artists Idem and Mozaik to complete a 2,500-square-foot mural this November in Rouen. Patrice Manchard of Mouen completed the Market Garden Brewery mural near West Side Market as the first part of the exchange.

A self-described lettering mural artist, Quine's work has been seen all around Cleveland, including the new "Dream Big" mural in Gordon Square and the Eliot's Bar pillar at the downtown Hilton.

For more on Quine's work, check out her Instagram here.