Annoyed with the cold-ass rain we've been experiencing the last week and hoping for a warm snap sometime soon? Don't hold your breath, because it looks like Cleveland is about to get the first snowfall of the season this weekend.

If it does snow (we say if because we're not meteorologists, although they don't always know either), the snowfall is expected to be a light dusting, according to the National Weather Service.

As early as it may feel, the snowfall arrival is pretty average for when Cleveland usually has seen snow over the last 30 years. 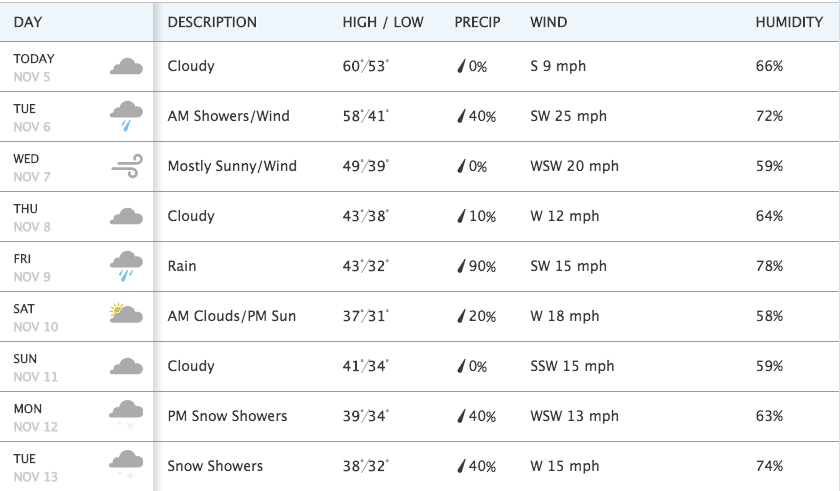 It's more likely that we won't see snow until next Monday, but with projected temperatures this weekend as low as 32 degrees, (the temperature when water begins to freeze) and forecasted rain, there's a solid chance our rainstorm is going to turn into snow.

For what it's worth, snowy weather is pretty awesome because it rings in the season of warm drinks, layered sweaters and the ability to leave your house without being smacked in the face with humidity, but it also means plowing driveways and the entire city simultaneously forgetting how to drive.