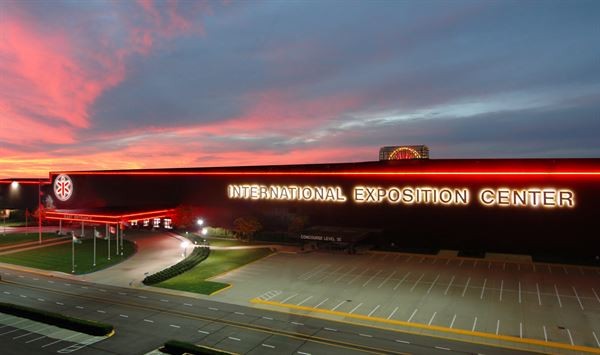 Election Day is tomorrow and people are already losing their collective minds. Around 3 p.m. today, president Donald Trump is scheduled to speak at the I-X Center as part of his stumping campaign in Cleveland, Indiana and Missouri.

Doors for Trump's speech open at noon, but many are concerned as Cleveland police investigated a bomb threat around 8 a.m. this morning at Mazzella Lifting Technologies, a rigging business near the I-X Center and Cleveland Hopkins International Airport. According to the news crew on site from Fox 8, the building was evacuated, but has since reopened after the building was checked and police have left the scene.

Considering the Ohio governor's race between Democrat Richard Cordray and Republican Mike DeWine are neck and neck, Trump's visit is an attempt to boost Republican excitement as the midterm season comes to a close. The battle for the senate seat between incumbent U.S. Sen. Sherrod Brown, a Democrat and his Republican opponent, Jim Renacci, is less close, with Brown currently leading by 7.5 points according to Real Clear Politics.

Investigators have not said whether or not the threat is in any way related to Trump's visit, but no arrests have been made and Cleveland police have provided no further information.