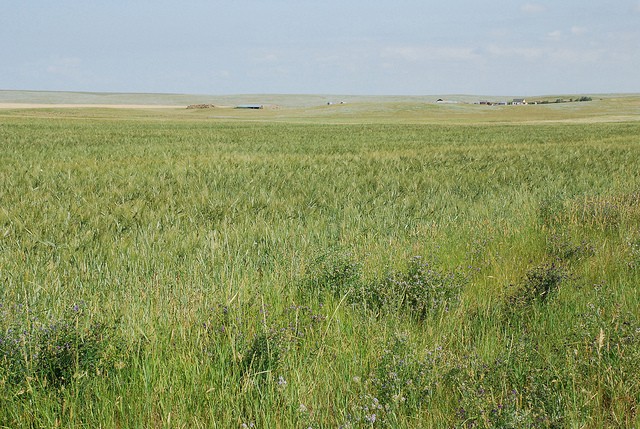 COLUMBUS, Ohio - The end of the harvest signals the start of prep work for the next planting season.

And an increasing number of farmers and producers in Ohio also are preparing for a transition to organic certification.

Kim Bayer operates a mixed vegetable operation, and recently became certified as an organic producer. She says the process is a bit tedious, but well worth it.

Bayer was already doing some outreach to community members about what it takes to bring food to the table, and she sees becoming organic as part of creating a sustainable future.

"It's kind of a shorthand way of communicating that this food was grown with the highest standards of promoting health for the environment, for the community and for individuals," she states. "When people know the farm that they're buying the food from, they care more about the place where they live."

According to the latest U.S. Department of Agriculture data, there are 575 certified organic operations in Ohio - a number that rose 24 percent between 2015 and 2016.

The Ohio Ecological Food and Farm Association currently certifies more than 1,300 organic farms and food operations in Ohio and eight other states in the region, and it offers resources to farmers who want to make the transition.

Bayer says one of the educators there helped her feel less intimidated by the process, which can take more than three years.

"Honestly, I was scared to death at the beginning of it, but she really helped me understand step-by-step what was needed," Bayer relates. "So, she really provided a lot of guidance and made me see that it was really, really doable. "

At Bayer's farm, people can pick their own produce, which she says allows them to see, smell, touch, and better understand local foods.

"It gives people a different and a deeper experience of the incredible range of flavors and colors, and shapes and sizes, and people start thinking about how little choice there is in a grocery store," she states. "We don't even know the names of the varieties in the grocery store that were grown to travel well instead of taste good."

Ohio ranks seventh among states for its number of organic farms, with more than 54,000 acres of certified cropland.