Can Drivers Avoid this Rock in the Avon Commons Parking Lot? An Investigation Reveals No 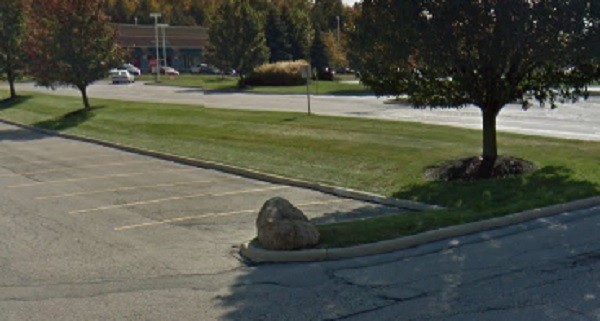 There is a rock in the Avon Commons shopping mall parking lot that seems to be causing quite a bit of trouble for drivers.

As seen above, the decorative, but strong stone appears harmless, minding its own rocky business. But as Avon resident Tim Deditch posted on his Facebook page recently, at least five cars have been spotted marooned on the rock, wheels dangling in the air.
How people do not see the rock is unclear, especially during the daytime. Drivers must not be paying attention, or are in just so much of a hurry to get to Target, or other stores in the mall, that they want to cut a corner. But this is no ordinary corner median with grass, a rock lives here. And it's going to get you.