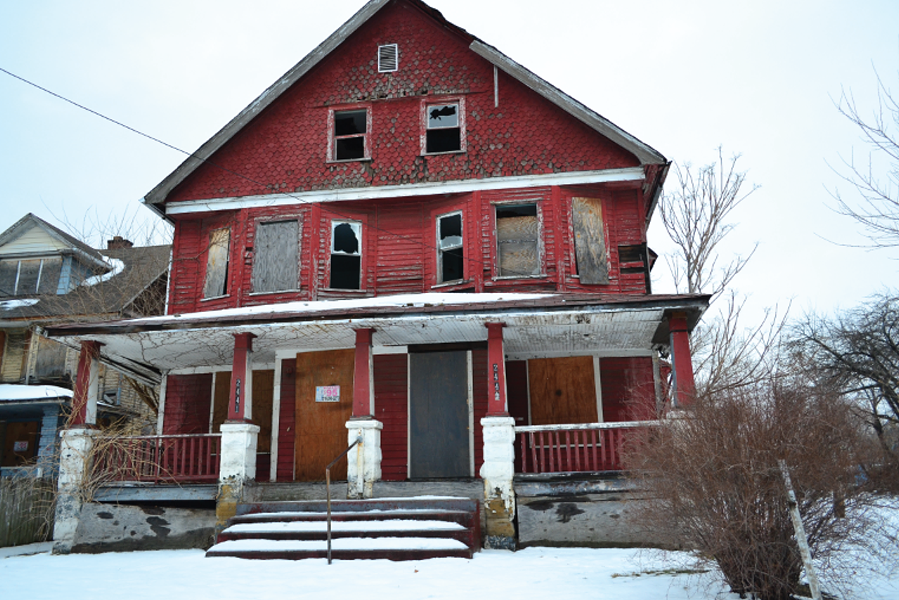 Cleveland City Council could begin a multi-phase program which would provide free legal representation for tenants facing eviction as early as 2019, councilmen Tony Brancatelli and Kevin Kelley said at the City Club of Cleveland Wednesday.

In a program featuring two lawmakers from New York City, Kelley and Brancatelli outlined the moral and legislative priorities of what they described as a crusade for housing-rights justice. The legislation would follow New York and other cities (Los Angeles, Washington D.C., Philadelphia, Newark among them) in an attempt to "level the playing field" for tenants.

In Cleveland, as in New York before it passed similar legislation last year, less than two percent of evicted tenants have legal representation when they show up to housing court. More than 90 percent of landlords, however, have attorneys, a power dynamic that creates and exacerbates inequality.

The four councilmembers sitting on the panel argued that when facing incarceration in criminal cases, defendants have a legal right to an attorney. So why not in civil cases when shelter is on the line?

NYC councilmembers Mark Levine and Vanessa L. Gibson explained the successes and obstacles of their new program. They said that housing court had been used as a weapon by landlords against vulnerable low-income tenants but that now, when tenants arrive with legal representation, many landlords drop their eviction cases, which are often flimsy.

Levine said that an initial front-end sum of $200 million was designated for the New York City program — "it's a big city," he said, "a lot bigger than Cleveland," — which would provide free legal services for all evicted tenants at 200 percent of the federally designated poverty line and below. (They're trying to raise that threshold to 400 percent with new legislation.) Financial modeling suggests that the funding could result in more than twice as much savings on the back end, money that might have been spent on homeless services and education for transient children, not to mention lost tax revenue from evicted persons who then lose their jobs, etc.

After the first year, 84 percent of evicted tenants are staying in their homes, and evictions are down by 24 percent, Levine said.

Kelley and Brancatelli said that in Cleveland, data is now being compiled by Case Western Reserve University and that city council, which is overwhelmingly on board with the spirit of the legislation, is gathering information about various models in other cities.

Brancatelli's main point was that landlording in Cleveland has changed dramatically from 20 or 30 years ago. No longer are landlords active community members, he said. They are far more likely to be faceless LLCs, corporations that hold properties in bulk who not only don't live in the community, but may not even live in the state or in the country. He said one major goal of the legislation would be to raise the quality of the housing stock citywide by forcing landlords to perform their legal obligations: removing peeling lead paint, for example, and providing heat and water. "It's not just about being punitive," he said. "It's about improving the market."

Kelley's recurring talking point was that providing legal counsel for evicted tenants was just the morally right thing to do. He said he was saddened that people's first impulse was to ask how much the program would cost, instead of asking, "What's it gonna cost if we do nothing?"

(Armchair analysis: Kelley will likely be trying to soften his image over the next couple of years as he gears up for a presumed 2021 mayoral run, so count on a whole lot more rhetoric like this.)

Earlier this year, the Cleveland Tenants Organization, a nonprofit that had been serving predominantly low-income tenants in the region for more than 40 years, suspended its operations due to a lack of philanthropic funding. Housing Court judge Ron O'Leary said at the time that he and Tony Brancatelli had reached out to CTO and believed that the organization might not be fully dead, just suspended. There has been no news of the organization's resurrection since.