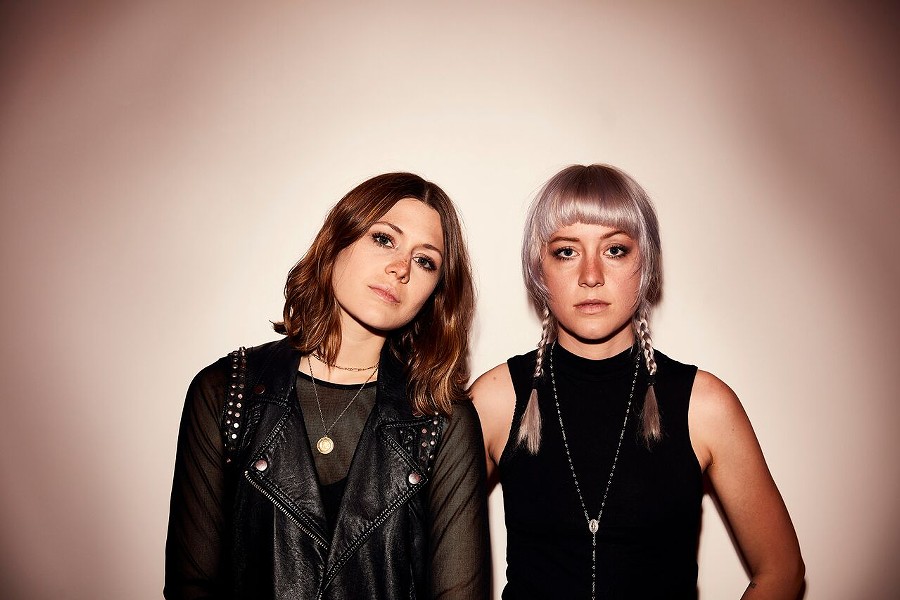 Singer-guitarist Rebecca Lovell and singer-lap steel guitarist Megan Lovell had some success with their bluegrass band the Lovell Sisters, but when their elder sister Jessica decided to “phase out of music” and leave the group, they had to rethink their strategy.

They thought long and hard about whether they wanted to continue to tour and record and decided that they did. At that point, they shifted musical directions and rechristened their blues rock band Larkin Poe. They’ve been going strong ever since. They perform with Goodnight, Texas at 8 p.m. on Tuesday at the Beachland Ballroom.

Initially, they released a series of EPs in 2010.

“When we first started the band, we decided to release four EPs in a year,” says Megan Lovell in a recent phone call as she and her sister Rebecca were driving to a tour stop. “We did that because we were just beginning songwriting and establishing our own expressiveness. It was a great way to force ourselves to get started.”

The group interspersed touring and recording for an entire year, recording the EPs piecemeal.

“We wanted to take a musical voyage to see who we wanted to be," says Rebecca Lovell. "It took another seven or eight years to see how that would pan out. “

The songs for the group’s latest effort, Venom & Faith, were written four or five months ago right when they were making the record.

“We decided when we made Peach last year that we wanted to self-produce our albums,” says Rebecca Lovell. “We had so much fun self-producing. We wanted to carry that same process into the making of Venom & Faith. We wanted to work lean and mean. Fans can hear a very distilled version of us."

Clearly part of the blues tradition, the album finds the duo adding its own signature to the genre. Songs such as the smoldering "Honey Honey" and the shuffling, Black Keys-like "Hard Time Killing Floor Blues" are so eerie, they sound like they would fit on the soundtrack to a David Lynch movie.

“We had so much respect for the blues, and yet, we are a female-fronted roots band,” says Rebecca Lovell. “It’s our obligation to be as unique as we can and bring our own spin to the genre. We want to write a new chapter."

The band has been touring for the past few months now, and the sisters say that the live show has come together nicely during that time.

“It has been really fun to work in the new record,” says Megan Lovell. “The songs transfer in to the live show really well. There’s lots of stomping and shaking we do during the show too. Fans have been singing the lyrics right back to us, especially in Europe. We have had such great audiences at the shows.”