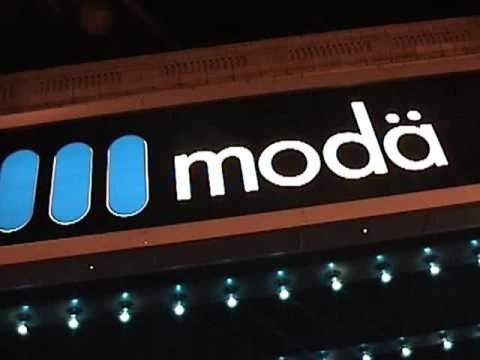 Update: Emad Silmi was this week sentenced to eight years in federal prison for his role in running a drug ring, as Cleveland.com reported yesterday.

Silmi, who most remember as the owner of the oft-problematic Moda nightclub in Ohio City, spent almost five years in prison starting in 2006 on similar charges that stemmed, at least partially, from activities at the club.

He was indicted again back in December 2017, eventually pleaded guilty, and received his sentence this week from federal judge Christopher Boyko.

(Original story 1/8/2019): Before there was Mitchell's and its wholesome, delicious, family-friendly ice cream offerings on West 25th St., there was Moda. The short-lived nightclub existed at the nexus of star power, music, fights, police attention and rumors of drugs. The bane of the neighborhood was shuttered, of course, and those rumors proved to be true, as owner Emad Silmi headed off to federal prison for almost five years in 2006, the same year the club closed, on drug charges.

Twelve years later, Silmi is headed back to federal custody after this week pleading guilty to a range of charges tied to a large-scale drug trafficking (cocaine, heroin, molly, etc.) and money laundering ring run out of Cleveland-area body shops.

Silmi, who was indicted along with a host of others in Dec. 2017, is staring down a ten-year sentence, as first reported by Cleveland.com. He'll find out exactly how long on April 29th when Judge Christopher Boyko issues the sentence.