Eddie Izzard Coming to Playhouse Square in May 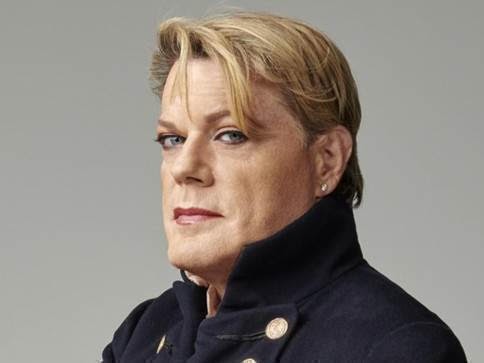 Over the course of a career that stretches back decades, comedian and actor Eddie Izzard has amassed an impressive body of work.

Born in Yemen and raised in Northern Ireland, Wales and England, he lost his mother at the age of 6. He dropped out of college and took to the streets of London, where he developed his one-man act.

A self-proclaimed “action transvestite,” Izzard performs makeup and heels and has become as famous for his “total clothing” rights. In his autobiography Believe Me, he writes about graduating from the London streets to theaters and arenas.

“It is getting close to the time when I have to go off for a while to have a political life. But before I do that, I want to keep giving audiences around the world the best stand-up comedy shows that I can – especially at a time of Brexit-hate and Trump-hate. My new show is about everything from humans over the last 100,000 years to talking dogs and animal superheroes. I am looking forward to coming to see everyone again,” he says in a press release announcing the tour.

Wunderbar promises to be a “delicious insight into the surreal and fantastical world of Eddie Izzard.”