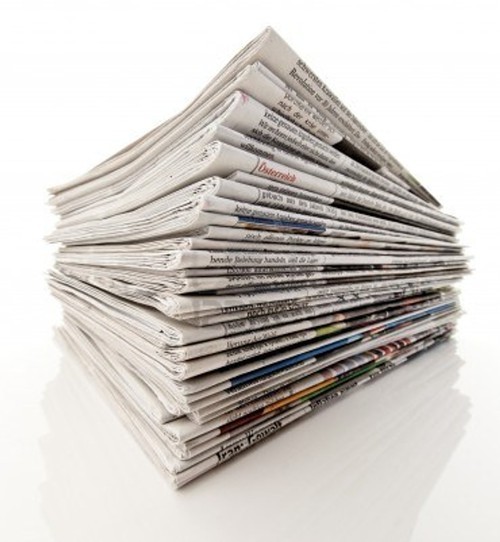 The owners of the Toledo Blade have announced that the paper will be delivered exclusively in a digital format two days per week beginning Feb. 24.

Citing a "digital future" — not unlike Advance Local, corporate parent of Cleveland,com, long has — Block Communications Chairman Allan Block said that the daily paper for Ohio's fourth-largest city would "maintain its news department," and would still deliver regular print editions five days per week. In an official statement, though, he used language that tends to precipitate editorial cuts.

"We will remain flexible as to how we implement the digital future," he said, "based on local competitive and market developments."

Well, market developments in the media industry sure haven't been great. This week opened with news that the East Bay Express, a beloved alt-weekly in Oakland, California, laid off virtually its entire editorial staff and will convert to a "freelance model" after a crippling lawsuit. ("Virtually its entire editorial staff, for the record, is 4.5 full-time equivalent employees, just to give you a sense of the skeleton crews with which alt-weeklies are operating these days.)

In national news, the reviled Alden Global Capital, through its subsidiary Digital First Media (DFM), has made a bid for the Gannett Newspaper Chain and its 109 local dailies, including USA Today.

DFM are the "vulture capitalists" who eviscerated the Denver Post. They represent "one extreme of the industry, unusually naked in their strategy of extraction." DFM has eliminated two out of every three positions at the media properties it acquires while its executives get obscenely rich in the process.

"[The Denver Post] has turned into a shell of its former self so its hedge fund owners can buy houses in the Hamptons," a New Republic story on DFM's desecration in Denver read. It's the same story at other publications across the country as hedge funds have gleefully assumed control of the industry, content to bleed communities of news and jobs for their own enrichment.

"They’re not reinvesting in the business,” said media analyst Ken Doctor, about Alden Capital and DFM. “[The industry] is dying and they are going to make every dollar they can on the way down."

Meanwhile in Cleveland, the beacons of truth and democracy at Advance Local march diligently forward with their union-busting efforts. After announcing that the Plain Dealer would outsource 29 local production jobs to various national offices and/or remote locations where other Advance papers are assembled — in Orwellian doublespeak, this is described as "centralizing production" — Advance is poised to negotiate with a depleted News Guild when its contract expires in February. Who can say what horrors await.

In Toledo, the "transition to digital" is at an earlier stage, praise God. But Block Communications, which also owns the Pittsburgh Post-Gazette and a handful of regional internet and television subsidiaries, will "remain flexible."

That means that readers will have to be flexible too, and should voice their displeasure as its daily paper converts from journalism the city needs to "content" its residents despise.

"What is written without effort," Samuel Johnson reminds us, “is in general read without pleasure.”