In Advance of Next Week's Show at House of Blues, Lettuce Drummer Adam Deitch Talks About the Band's Tribute to Miles Davis 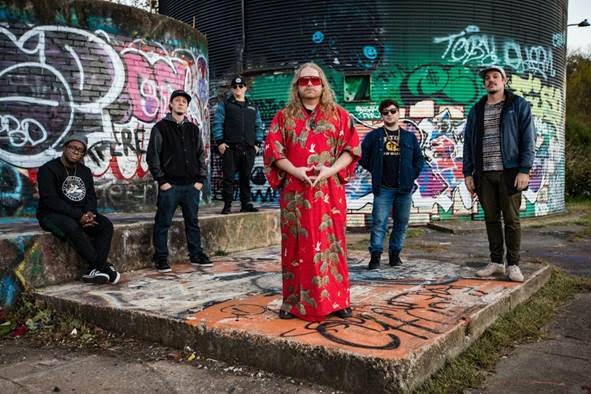 Many bands that form when band members are in their teens don’t stay together long enough to see band members enter their 20s or even 30s. That fact makes Lettuce’s story all the more remarkable. The guys in the psychedelic funk/jam band first met when they were teenagers at a summer music program at Berklee College of Music in 1992. They clicked and have been steadily recording and performing ever since.

“From the first second we all hung out and played, we knew it was special,” says drummer Adam Deitch in a phone interview. “Then, when we started school there a year or two later, we were already friends. We were like a posse. We always knew we’d be friends together, but we didn’t necessarily know we could have a career together.”

Given that the band plays a mixture of funk and jazz, it wasn’t easy to find an audience early on. A few like-minded acts helped pave the way.

“In 1995, when we started, there wasn’t really a revival funk scene,” says Deitch. “We’re thankful for the Greyboy All-Stars and Medeski, Martin and Wood and Soulive, who were like our uncles so to speak. Those three bands gave us the inspiration to do it at that time. There wasn’t a huge fanbase but over the years, people have started to dig it.”

The band’s first album, Outta Here, didn’t come out until the early 2000s. They recorded at a friend’s studio in New York and signed a deal with Velour Recordings, a respected New York-based indie label.

“It’s hard for a young band to find structure and find a manager,” says Deitch. “Once we found that, we started releasing albums on a regular basis.”

The band has been particularly prolific in recent years.

“We have the ability to play with anyone under the sun," says Deitch. "Our bass player has played with every rapper you could name, I was doing the John Scofield thing. Our guitar player has played with Lady Gaga. Once we concentrated on the band in the past seven to eight years, that’s when everything started to take shape.”

With its latest album, Witches Stew, the band pays tribute to the late, great Miles Davis and specifically references his 1970 album Bitches Brew.

“That was our trumpet player Eric 'Benny' Bloom who came up with the concept,” says Deitch when asked about the release. “He’s a devoted Miles Davis fan as we all are. We gave it a shot at a festival called Catskill Chill. It was low pressure. We had a relaxed yet intense attitude, and the recording shows that. The recording captures that spooky, funky and mystical vibe that Miles created. We’re happy to pay tribute to the master.”

With its funky guitar riff, pummeling drums and atmospheric trumpet riff, the album’s final tune, “Black Satin,” sounds like it could’ve been on the soundtrack to a '70s blaxploitation flick.

“It has that James Brown cold sweat kind of beat,” says Deitch. “Miles was listening to that a lot. He was a huge James Brown and Prince fan. A lot of those beats he was using at the time were derived from James Brown.”

The group currently has cut about 30 songs it plans to release on a series of new studio recordings.

“We’re going to release ten songs at a time,” says Deitch. “We kept it close to what we’ve always done. We recorded with a great engineer/producer Russ Elevado, who engineered a lot of the D’Angelo Voodoo stuff and a lot of the Erykah Badu stuff. He’s an amazing analog engineer. It’s a very organic record. It was recorded on tape. We also explore more psychedelic elements of funk that we haven’t gotten into. We’re really excited to drop it.”

The live show continues to evolve and Deitch says that recording the shows helps ensure the band gives its all each time.

“Blood, sweat and tears, we go all out,” he says. “People love to dance and vibe out. All our shows go online. Each show is not just a show. It’s a recording session that will last forever. By doing that, it’s made us stepped up our shows and made sure they are up to par.”