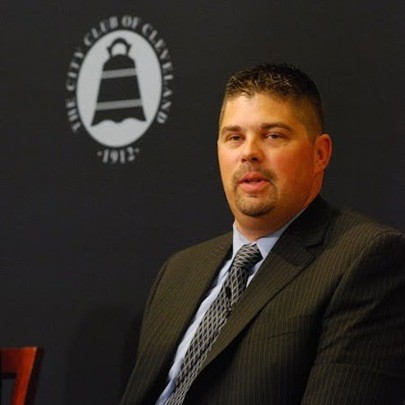 Shortly after Cleveland Metroparks CEO Brian Zimmerman received, via board approval, yet another lavish pay raise, and one week before the Metroparks evicted about 10 homeless people from an encampment beneath the Detroit-Superior bridge on only 24 hours notice, the publicly funded regional parks district bought Zimmerman a brand-new SUV.

The $44,000 2019 Jeep Grand Cherokee, which may or may not be a "Trailhawk" edition, gets about 22 miles to the gallon. It's a perk that Zimmerman receives for mostly work-related travel, though the Metroparks has noted in the past that the CEO does make a single trip to and from his Strongsville home each day.

In other words, it's his personal vehicle, though it's owned and maintained by the Metroparks, (which is funded, lest we forget, by taxpayers). Much like the new-ish white Jeep it replaces, this 2019 edition will presumably have no Metroparks branding or government license plates.

The high-performance SUV was purchased on Jan. 4 at the Haasz Automall of Ravenna, (see image below). It is "a hugely capable off-roader—or track warrior—wrapped in a smart package," says the ratings team at thecarconnection.com. "[It is] exceptional in many ways, but not in fuel economy. Offered with a wide range of gas-powered engines, the 2019 Grand Cherokee doesn't have any tricks to keep the truck from sliding down our fuel-efficiency scale."

Jeep promotes this gas-guzzler as a vehicle that "exudes luxury, power and follows through with grace."

It's just the sort of vehicle for Zimmerman, who, according to a Metroparks spokeswoman, continues to be provided a park-owned vehicle because of the regular travel his job entails, "including on-trail and off-road driving." Lol. Taxpayers should feel relieved, at this point, that Zimmerman hasn't developed a taste for the Mercedes Safari vehicles.

Zimmerman pays taxes "on mileage for commuting," the spokeswoman wrote Scene in an email, and "provides reimbursement to Cleveland Metroparks for personal use."

As if that makes this outlandish perk measurably less offensive. Both Scene and Cleveland.com have noted before that the SUV is simply over-the-top, especially when it's considered alongside Zimmerman's salary, which has ballooned to nearly $240,000 from the $145,00 annual rate at which he was hired in 2010. This is to say nothing of his generous benefits package, which among things includes an exclusive ability to cash out unused vacation days.

Every time we report on these excesses, we are bombarded by Zimmerman supporters who note that he has achieved untold wonders at the helm of the Metroparks, (some of which we wholeheartedly support). They are keen to list the abundance of business and marketing awards accrued. They assure us that Zimmerman could make much more money in the private sector. He is therefore worth every penny.

And yet, we often wonder just how far that logic goes. Surely, the free brand-new SUV rankles even adamant supporters. It's a bad look for three readily identifiable reasons, which we're happy to reiterate: