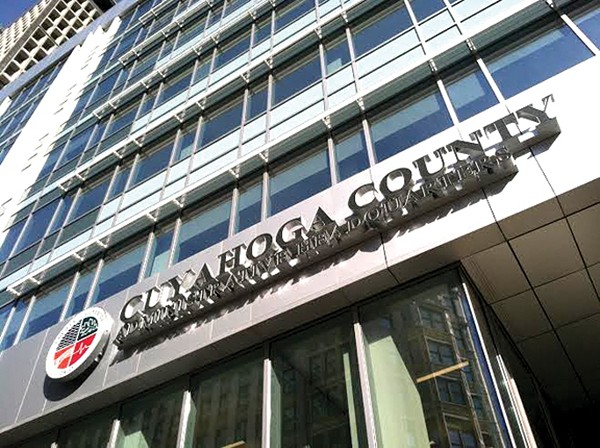 The "corruption" on display in the Cuyahoga County indictments released Friday by prosecutor Michael O'Malley is virtually indistinguishable from the standard practice of many other regional elected leaders, including Humanitarian of the Year Armond Budish.

It's heartening, we suppose, that O'Malley is vigilantly guarding against unethical behavior at the county, but if these indictments represent a new bar for impermissible conduct, many more heads ought to be rolling.

“Ten years ago, County government drowned in a sea of corruption," O'Malley said in a press release. "Citizens rightly expected that the new form of County government would usher in an era of high ethical behavior and effective governance. Sadly, today’s indictments demonstrate that our new form of government has not met those expectations. Our investigation continues.”

Is that what these indictments demonstrate? Let's take a closer look at them:

McNeeley is indicted for steering contracts to Hyland Software, where her wife works and has an ownership stake, which she never disclosed. She also appeared before county council to recommend a $9 million contract for a firm called Ciber Inc. But she "failed to disclose that her father, as Pennsylvania Turnpike Commissioner, was convicted of being bribed by Ciber and that Ciber had a record of defrauding other states with whom they had contracted."

Mills is indicted for lying to council about blocking the hiring of necessary nursing staff at the county jail, and then lying to investigators about "interactions with a high-level county official." What a tease!

Dykes is indicted because he paid $15,000 to Chief Information Officer James Hay as a "signing bonus." Evidently, he didn't receive authorization to redesignate Hay's "improper moving expenses" as a signing bonus, so he lied and said that then-law director Robert Triozzi had given him the okay to do so.

On the Dykes issue, State Auditor Dave Yost had already ruled that these signing bonuses, which were hatched and implemented by both Dykes and Budish, were illegal. Hay agreed to repay the $15,000 last year. The issue seemed to have been resolved. So why a criminal indictment? And why Dykes, but not Budish? (Is the central issue that Dykes lied? That he threw Triozzi under the bus? Or maybe we're to believe that it was Dykes, and not Budish, pushing for the county's selective personnel perks all along?)

Mills was a bad jail director whose lying to investigators is pretty much par for the course. But he's already been canned — that is to say, he "abruptly resigned", as he should have. So why the criminal indictment? Are we headed toward a fuller investigation of corruption as a cause of inhumane conditions at the jail?

Only McNeeley's charges, as presented, seem worthy of pursuit. But given former city councilman Joe Cimperman's recent slap on the wrist for a version of the same thing — he had to pay a $10,000 fine and perform some community service for 26 counts of "unlawful interest in a public contract" — voters shouldn't hold their breath for a day of reckoning.

Perhaps, as O'Malley has suggested, these are only the first in a longer series of indictments. Could Budish's former Chief of Staff Sharon Sobol Jordan be next? Could Budish himself?