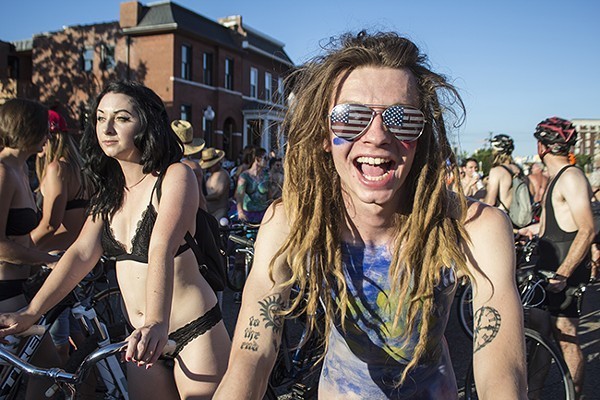 A few weeks ago we voiced an undeniable yet unspoken truth about the city of Cleveland: That it could not and will not be considered a real city until it participates in World Naked Bike Ride Day.

Thankfully, some of you were listening and nodding your heads, because such an event is now planned (and we use that word in the loosest sense possible) for Saturday, June 8, from 2 to 4 p.m. beginning at Public Square and ending at Edgewater.

World Naked Bike Ride Day, which actually occurs on a bunch of different days in participating cities, began 15 years ago and now counts dozens of supporting locations. It is a protest of sorts, and whether you come fully clothed, half clothed, or nearly totally naked, the event is one celebrating body positivity, bike safety, consent and environmental protection.

The Facebook event was created by Bike Friends Cleveland and as of now claims a handful of people saying they'll attend. Hopefully that will change in the coming months.