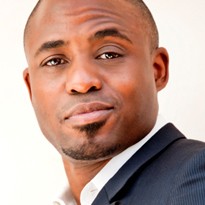 Comedian, actor, singer, and television personality Wayne Brady possesses a lengthy resume that includes several noteworthy gigs. He's appeared on both the British and American versions of Whose Line Is It Anyway?, and he’s worked with comedians like Dave Chappell. He’s had roles on TV shows such as 30 Rock, Everybody Loves Chris, Dirt and How I Met Your Mother.

Earlier this year, he wrapped up a three-month run starring as Aaron Burr in the Chicago-based production of Hamilton.

Brady recently announced dates for his Laugh Until It Hurts tour, and as part of the tour, he’ll perform at 8 p.m. on Saturday, Aug. 17, at Hard Rock Live.

Tickets are currently on sale.