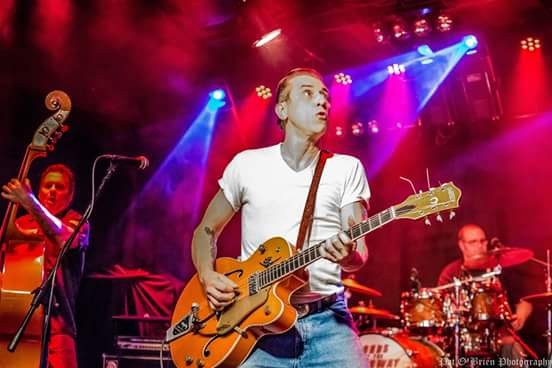 Local rockabilly heroes Lords of the Highway got their start in the early '90s and issued their debut on cassette in 1992. Since that time, the group has gone through numerous lineup changes and slowly evolved.

The first two years, the band played mostly cover songs and then morphed into a "psychobilly with an upright bass" band, as singer-guitarist Dennis A. Bell likes to put it.

The group has even played events including Daytona's Bike Week, and they're regulars at Heavy Rebel Weekender in Winston-Salem, NC, an event singer-guitarist Dennis A. Bell describes as “the biggest baddest party in this hemisphere.”

The band’s music appears on the soundtracks for several independent films, and the group has also released a DVD of its music videos.

It’s just finished its latest album, More Rock Than Billy. Another stellar effort, the album kicks off with the raging “”Getting Sweaty with the Yeti,” a tune that sounds like a terrific mash-up of X and the Blasters. The band also indulges its psychobilly impulses with the spooky "Creeper Stare" and "Carnival Freakshow."

Lords of the Highway will play a release party at with the Legendary Hucklebucks at 8:30 p.m. on Saturday, Feb. 9, at the Beachland Tavern. Tickets cost $8.