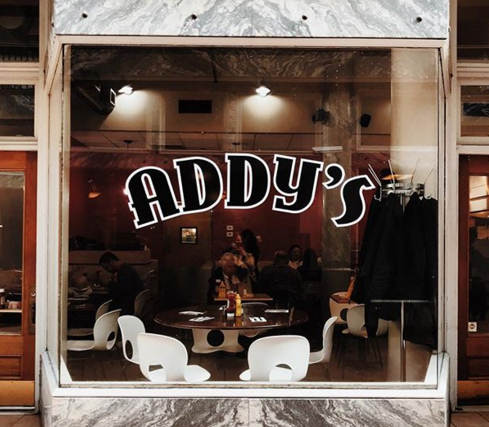 Back in January we let you know about a changing of the guard in the Fifth Street Arcades where Addy's Diner would be opening in the spot formerly occupied by Jack Flap's Luncheonette. Well, the good folks behind Addy's did quick work of the turnaround and are already open for business as of yesterday.

It was a homecoming of sorts, and a rebirth. Addy's owner Joe Abouhassan is the nephew of the Dahers, the former owners of P.J.'s, which came before Jack Flaps. And Abouhassan had operated Addy's Restaurant in the Standard Building for 15 years before that location closed.