Panty Bandits Make Off With 1,000 Pairs of Underwear at Great Lakes Mall 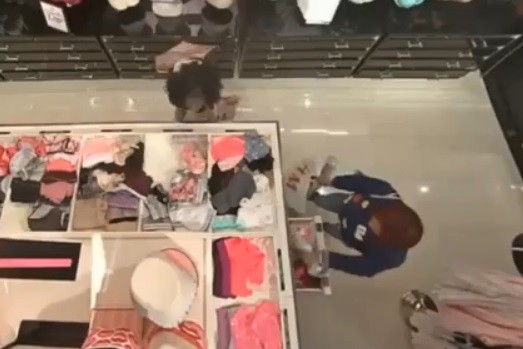 The Mentor Police Department is reporting that two women were caught on camera stealing nearly 1,000 pairs of underwear from the Great Lakes Mall Victoria's Secret store, an estimated $5,700 loss.

Taking place Feb. 3, the pair was filmed grabbing and stuffing huge handfuls of undies into large plastic shopping bags, all while, presumably, trying not to attract attention.

It's yet unclear why the women would need that many pairs of panties, but police are asking for the public's help in catching the culprits.

Anyone with info regarding the incident is asked to contact Officer Balongie at 440-205-3293, or reach out directly to the Mentor Police Department on Facebook.

Watch the security camera footage below to see the thieves in action: