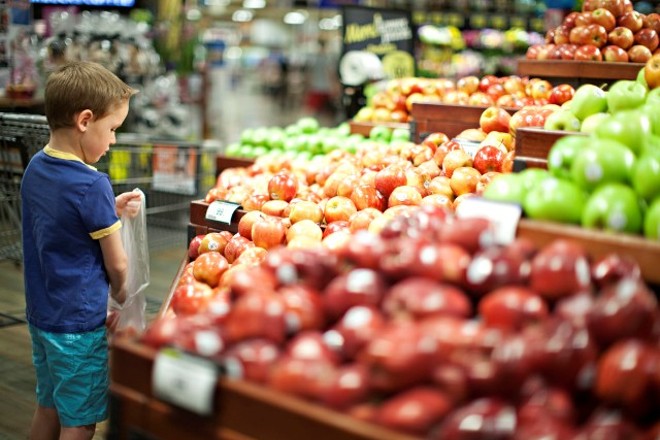 COLUMBUS, Ohio - A new food-safety report is underlining the need for increased supports to increase organic food production in Ohio.

The study included samples collected in central Ohio by the Ohio Ecological Food and Farm Association, and revealed some store-brand foods produced and sold by Albertson's, Costco, Kroger and Walmart contain residues of toxic pesticides.

Report co-author Kendra Klein, senior staff scientist with Friends of the Earth, said the findings illustrate why consumers are increasingly turning to organic foods that decrease exposure to toxic pesticides.

"There are over 900 active pesticide ingredients that are allowed in conventional agriculture and many of them have been linked to very serious health problems and environmental problems," Klein said. "So, it's imperative that we shift to an organic food system."

The report tested oats, apples, applesauce, spinach and pinto beans - foods commonly eaten by young children. And it found pesticides linked to a range of health problems including cancer and autism.

Klein noted most Americans have detectable pesticides in their bodies, and children are particularly susceptible. She said the study examined the four retailers because they control more than one-third of all food and beverage sales in the U.S.

"This is important for these stores to know that they actually have the purchasing power, the economic power to create changes, to create a healthier supply chain," she said. "Store-brand supply chains are what the companies have greatest control over."

And she contended the key to a healthy food supply are investments in organic agriculture.

"The growth of organic farms in the U.S. is not keeping pace with the booming consumer demand," Klein said. "So there's this huge opportunity that's being missed for U.S. farmers to transition to organic, but they need support to do that because it can be a challenging transition."

Sustainable farming organizations are calling for state and federal incentives for farmers to transition to organic production and limit the use of synthetic fertilizers and pesticides. Ohio is ranked seventh nationally for the number of organic farms.