These Cleveland Metroparks Zoo Animals Are Way Cuter Than Your Valentine

As with pumpkins, which the animals are given during Halloween, watching majestic creatures dig into any holiday-themed treat is always a welcome spectacle to behold.

The snow leopards were born last summer, and have since taken up residence at the zoo's new Asian Highlands habitat, which is open during the winter. Scientists estimate there are less than 7,000 snow leopards left in the wild.

Check out even more cuteness below: 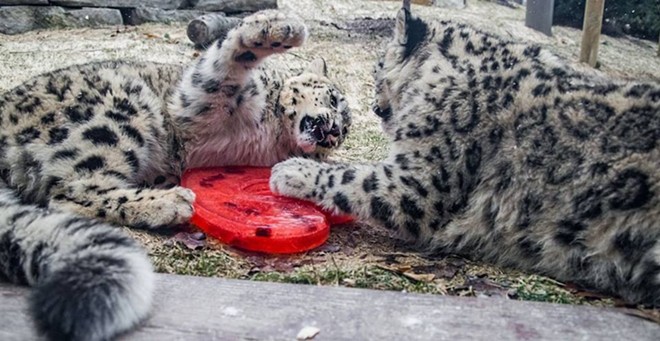 The zoo has also shared footage of the leopards in action right here. And speaking of babies, Lulu the rhino recently turned 1 years old, weighs a cool 850 pounds, and now looks like this: