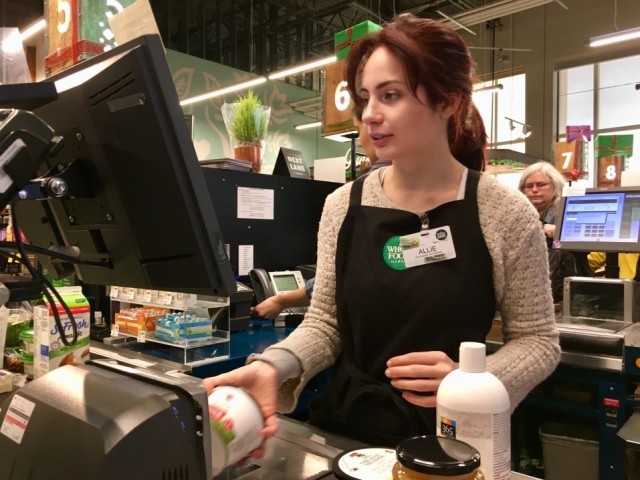 A 2006 ballot measure set Ohio's minimum hourly wage at $6.85 and indexed it to inflation.

But Michael Shields, a researcher with Policy Matters Ohio, says that doesn't cover the cost of living for many families.

His group's latest research shows wage growth and economic growth are out of sync.

It means Ohio minimum wage workers earn 28 percent less than their counterparts in 1968, when wages were at their peak value.

"In Ohio, the most common jobs - the 10 jobs that employ the largest number of workers - six of those are paying a wage that's so low that people are dependent on food aid if they're supporting a family of three," Shields point out.

Opponents argued that it would be costly for business and result in job losses.

Shields says the research is mixed, with most studies revealing little effect on overall job numbers.

"It's meaningful when we see wages increase and employers not responding by decreasing jobs," he states. "What that means is that low-wage workers are already producing wealth for their employers and for the economy. They're just not bargaining for it successfully to capture their share of it."

Shields says about 1.5 million workers would directly benefit from a higher minimum wage, along with another 450,000 indirectly, as employers adjust their overall pay scales.

Shields adds that increased business costs due to higher wages are minimal. For example, the Greater Cleveland Food Bank's lowest paid employees were given a 21 percent pay hike when the organization raised its minimum wage to $14 an hour in 2017. He says operating costs increased by just one-half of 1 percent.

"When we're looking at how this impacts organizations, how it impacts businesses, the proportional benefit to folks who would be impacted by higher wages is much, much greater than the relative costs that employers are taking on to make this a reality," Shields points out.

The Cleveland Clinic, Nationwide and Amazon are among Ohio companies raising hourly pay to $15.

And last week, Illinois lawmakers approved a $15 minimum wage by 2024, similar to laws in California, Massachusetts and New York.