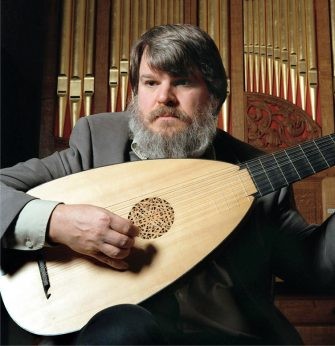 Here are events both large and small for your calendars this week, ranging from the excitement of a full symphony orchestra to the intimacy of a solo lute.

How to live long and prosper? Take up orchestral conducting, like the spry, 91-year-old Herbert Blomstedt, who guest conducts The Cleveland Orchestra in Beethoven’s “Pastoral” and Mendelssohn’s “Scottish” symphonies at Severance Hall on Thursday, February 21 at 7:30 pm, and Friday and Saturday, February 22 and 23 at 8:00 pm. Tickets here.

There are two duet performances to choose from on Friday, February 22. At 7:00 pm, No Exit members Cara Tweed, violin, and Nick Diodore, cello, will bring music by Joseph Hallman, Krzysztof Penderecki, Alfred Schnittke, Sofia Gubaidulina, and Kaija Saariaho to Appletree Books on Cedar at Fairmount. At 8:00 pm, the Gruca White Ensemble (classical guitarist Robert Gruca and flutist Linda White) will play music by Bartók, Robert Beaser, Patrick Roux, Atanas Ourkouzounov, Stevie Wonder, and Chick Corea, as well as their own improvisations, at the Bop Stop. No Exit is free, but you’ll need to reserve tickets online for Gruca White.

And speaking of lutes, Ron Andrico will bring his instrument as well as his voice to a free concert at St. John’s Cathedral in downtown Cleveland on Sunday, February 24 at 3:00 pm, when he joins his Mignarda partner Donna Stewart and guest artists Malina Rauschenfels and José Gotera in vocal and instrumental music by William Byrd. The program includes songs, motets, and the entire Mass for Four Voices performed in authentic 16th-century style. A freewill offering will be received.

Monday the 25th is a busy night. Two other interesting performances bring the faculty woodwind quintets of Kent State and the University of Akron head-to-head — in different venues — at 7:30 pm. Kent’s Black Squirrel Wind Quintet will join pianist Jerry Wong for music by Mozart, Robert Muczynski, and Carl Nielsen in Ludwig Recital Hall. Meanwhile the UofA’s Solaris Quintet has American music by Gunther Schuller, Vincent Persichetti, George Gershwin, Paul Valjean, Valerie Coleman, and Scott Joplin in mind for its program in Guzzetta Recital Hall. Both performances are free (the Kent recital will be streamed).