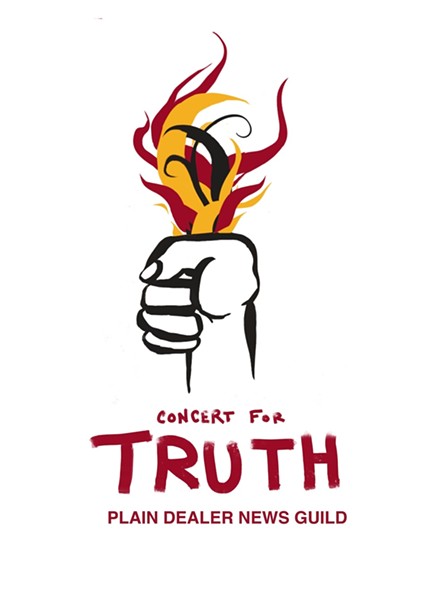 Local union delegates to the AFL-CIO signed a letter delivered to the owners and editor of the Cleveland Plain Dealer this week, signaling that they and their members, (as many as 100,000 workers in more than 146 affiliated unions in Northeast Ohio), would stand behind the Plain Dealer News Guild in its efforts to keep journalism jobs local.

Their pledge could include, if necessary, a circulation boycott of the newspaper, a refusal to click on cleveland.com links and picketing at both the Plain Dealer and cleveland.com locations.

The bargaining team at the Plain Dealer News Guild, meanwhile, is meeting with company bosses in their attempts to preserve the jobs of 24 copy editors, page designers and illustrators who have been alerted that their jobs will be outsourced.

In multiple social media posts Thursday afternoon, the Guild reported that it had filed a grievance over the paper's plan "because we believe it is an effort not only to save money but to outsource union jobs to a nonunion entity owned by the same company." (Advance Local).

Per the Guild, the Plain Dealer was willing to offer "a few additional months" of healthcare to laid off employees if the Guild would agree to drop its grievance and sign non-disclosure forms related to the deal.

The Plain Dealer would not, however, agree to the condition that some (or any) of new non-union positions would go to Guild members or local applicants. Nor would the paper agree to maintain a specific number of journalists in the newsroom going forward.

In the midst of these tensions, the Guild noted the outpouring of support from the community. More than 450 people attended the "Concert for Truth" earlier this month, and the benefit concert raised more than $5,000 for union members facing layoffs.