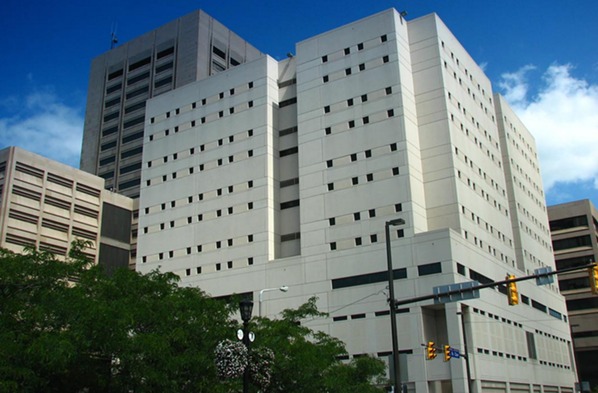 Each case is unique, and as the county does the important and overdue work of increasing correction officer and nurse staffing, as well as a retooling of policies to keep inmates safe, it's important to note the problem is far from solved. (In fact, there was another attempted suicide just today.) The 60 additional corrections officers county council authorized have not yet been hired, and Metro and the county are still in the process of addressing the nursing situation.

Redzoning — the practice of locking down inmates for up to 23 hours a day in their cells because the jail is short-staffed — continues. And as one inmate wrote to Scene, it's hard not to see a connection between adequate staffing, being confined for almost an entire day, and mental health.

The note has been edited to withhold personally identifiable details, but for context, the inmate has dealt with mental health issues and their sentence is a relatively short one.

I should be in jail. I am guilty.

I deserve to be in jail but that doesn't mean I should be treated like an animal, but that's what it is like in county jail.

I am writing this and we are now in what's been called the "red zone." Basically means locked down solitary confinement to our cells because of short staff. The problem is they are short staff all the time. 23 out of the last 32 days, to be exact. I did some time a couple of years ago and redzone was happening then too. My bad for getting in trouble, but there are prisoner rights.

There have been 4 suicides in the last year. Coincidence?