Cleveland Heights Doesn't Elect a Mayor. Many Residents Want to Change That. 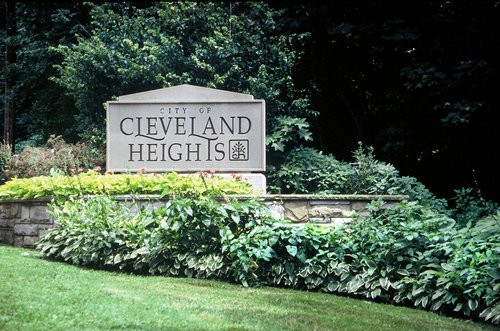 Cleveland Heights is one of only two communities in Cuyahoga County — Bedford is the other — that doesn't elect its mayor.

Instead, voters elect seven at-large city council representatives who pick a mayor from among themselves. The mayor is currently Carol Rowe. Like her council colleagues, she serves part-time and isn't vested with executive authority. She is, for all intents and purposes, the President of City Council. Her chief responsibility is overseeing council meetings. The day-to-day management of the inner ring suburb of 45,000 falls to a city manager, who is hired by, and serves at the pleasure of, the council.

A group of residents, having cast their gaze toward Shaker and Lakewood and even South Euclid and found their home community wanting, plan to put the form of government itself to a community vote.

They view the city manager form of government as antiquated — it has been in effect in Cleveland Heights since the city charter was established in 1921 — and point to neighboring communities to suggest that with a full-time Mayor, one who is answerable to constituents, the suburb would have a stronger chance of making economic progress.

"It's not a slam-dunk conclusion," said Tony Cuda, a high school teacher and longtime Cleveland Heights resident who's directing the citizen initiative. "It's not like a mayor is the only difference. But to us, it's the single most important issue for making us competitive."

Calling themselves Citizens for an Elected Mayor, (CEM), the group is now trying to educate citizens about their plan and will ultimately gather petitions for a ballot initiative in November. The group will host a forum Wednesday evening at the Lee Road branch of the Cleveland Heights Public Library to discuss the campaign and the merits of this proposed shift. House meetings with friends and neighbors of CEM members have already begun.

The elevator pitch goes something like: "A democratically elected mayor will create a more decisive, dynamic and responsive form of government."

Michael Bennett, a 29-year resident of Cleveland Heights and the secretary of CEM, told Scene that having a democratically elected mayor was important, but so was having a mayor who worked full-time.

"Many of us feel that what we now need is a visionary leader, and that means a full-time CEO of this major urban area," he said. "This area has incredible amenities and incredible people. A lack of bold and agile civic leadership has prevented us from moving forward."

Bennett stressed that the group was "candidate neutral," that their campaign was not about a person, but about an office. "We need someone charged with being the public face of Cleveland Heights for the residents and the region," he said.

The campaign is logistically complicated because it directly conflicts with the work of Cleveland Heights' Charter Review Commission, which has been actively tweaking the city's charter for more than a year in public meetings. That body discussed changing the form of government, but ultimately decided to keep the current form intact.

The Charter Review Commission's new charter will appear on the November Ballot, and if CEM wants the "strong mayor" provision included, it will have to submit its own competing charter. Bennett said that the Charter Review Commission was full of "dedicated, hard-working civil servants" and that CEM agreed with the majority of their changes, including updates that removed sexist language. But CEM is committed to the idea of an elected mayor.

"We don't want to accept the status quo," said Bennett.

Carla Rautenberg serves on the Charter Review Commission. That body has submitted its draft and will celebrate the conclusion of its work on March 14.

Rautenberg told Scene she was surprised at the reluctance of her commission colleagues to adopt the "strong mayor" proposal. Only she and one other commission member voted to do so, she said, and the other member resigned, which left her as a lone dissenting voice.

She said that the issue was discussed at "very long" meetings over the course of several months, and in her view was the most contentious issue, but she felt the commission "didn't hear enough from regular people" about the proposal. In a public session of nearly 80 residents, Rautenberg said there was strong support for both an elected mayor and ward representation on council (as opposed to only at-large seats), but that neither were pursued. Current and former members of Cleveland Heights city council testified at length, however,  Rautenberg said, and were "strongly in favor of keeping things exactly as they are."

Tony Cuda said that citizen oversight was important to him, and that while council technically has the power to remove the city manager, that's not sufficient accountability.

"You cannot have accountability without voters being involved," he said.

Cuda said he believes city council members do good work — "at $9,000 a year, they're practically volunteers" — but that Cleveland Heights needs the devoted attention of an elected official with an administrative staff. (CEM wants to retain the city manager position, just under a different title.)

"It's not like Cleveland Heights has abnormal problems," he said. "But we have regular problems. And they require full-time attention from someone who wakes up every day thinking about this community's future."